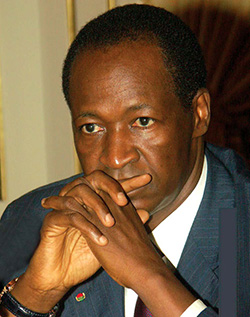 THEY say the definition of insanity is doing the same thing over and over and expecting different results each time. If that is the case, there must be a lot of insane leaders on the African continent. While other leaders around the world are coming to grips with shared leadership (Democracy), African leaders are set on self-destruction as a political strategy.
It seems like they come to power with one understanding: Winner takes all for ever and ever and to heck with the rest…. The same old story repeats itself with alarming similarity from one country to the other. When will these people learn? Why do they refuse to learn? Why do they refuse to adapt to new ideas, even if those ideas are foreign? Why do they insist on putting their personal interests above national interests? Why do they seem content on getting richer and richer while the masses linger in abject poverty?
The first military coup in Africa (among the newly independent countries that had been French and British colonies), happened in Togo in January of 1963. President Sylvanus Olympio was assassinated by military officers; he was shot in the back. One of the leaders of the military, the one who claimed to have shot the president himself, was Gnassingbe Eyadema. After Olympio was overthrown, a civilian government was installed before it too was overthrown four years later. Togo’s military leader who engineered and headed the coup was Gnassingbe Eyadema; he became the new ruler. He ruled the country from 1967 to 2005; 42 years in office!
One would think that forty-two years would be enough, but not for Eyadema. He manipulated the parliament into accepting his son as his successor. The constitution had previously stipulated that the age for eligibility for ascension to the presidency was 45. There was a problem; Eyadema’s son was not yet 45 and Eyadema was dying and could not convince Old Man Death to wait indefinitely, but he could convince his country’s parliament to change the law. So they did, to honour his request. The age for requirement was lowered to 35 and Eyadema’s son qualified. He became acting president after his father’s death, then stepped down to allow an election to be held; he won the election and has been president of Togo since 2005.
So imagine the scenario: The country, Togo, has been an independent country for the past 54 years. A man named Eyadema has ruled the country for over 50 years! Even when the senior Eyadema was not president, he was the most senior military man. Can we assume the country has had a one-man rule during its entire existence as an independent country? That assumption would not be far off the mark.Advertisement

Scenarios such as this are common all over the continent. For example, Libya’s Kaddafi was ruler of his country for nearly 42 years. He was grooming his sons for succession when he was unceremoniously killed, along with his sons.  It will be recalled that Kaddafi had led a military coup against a king; he had overthrown a monarchy with the promise of restoring or establishing democracy in the country. He never delivered on the promise.
In the Republic of Gabon Albert Bernard Bongo became Vice President to President Leon M’ba in 1966. When M’ba died, Bongo succeeded him. He was President from then until 2009. Sometime in between then, he had become Elhadj Omar Bongo Ondima; same man, different name. After 42 years of running the country, he was succeeded by his son. Junior Boy has run the country as president since Papa’s death. Is it fair to assume that they see the entire country as belonging to them?

Teodoro Obiang Nguema Mbassogo has been President of Equatorial Guinea for the last 31 years.
Jose Eduardo Santos has ruled Angola for 31 years.
Robert Mugabe has been in control of Zimbabwe for 30 years.
Paul Biya has 28 years under his belt as President of Cameroon.
Sudan’s strongman, Omar Hassan al-Bashir, has been at the helm for the last 28 years.
The Congo Republic has been under the leadership of Denis Sasson Nguesso for 26 years.
Uganda’s Yoweri Musseveni has run the country for a quarter of a century.

Beside the extraordinary length of term in office, there are other extraordinary stories behind these African leaders who seize the opportunity for themselves and deny it to everyone else. It is difficult to figure out what makes them uniquely qualified to run these governments while the rest of the country looks on from the sidelines.
In Algeria, for example, President Abdulazeez Boutelflika is 77 years old. He is Head of State, Chief Executive Officer, and Commander-in-Chief of the armed forces. He is said to have experienced several heart attacks and he ran and won a presidential campaign while in a wheel chair; he was sworn into office while in a wheel chair. At one point they say he wasn’t seen in public for three years… he is already the country’s longest-serving president. It is obvious that he intends to die in office.
In Chad, the Republic of Chad that is, President Idriss Derby came to office in 1990. He has survived several rebellions against his regime. He has managed to get parliament to pass a law abolishing the term limit. It should seem obvious that he also wants to die in office.
So what is it with these African leaders who come to power with the same mentality, to suppress the citizenry and their liberties as they hold on to power? Is it all about greed? Is it all about personal and family stature? What goes on in the psyches of these African leaders that drive them to derive the same conclusions about themselves, their countries and their fellow citizens?
Well, as sad as the African story is, politically, there are occasional triumphs by the people. Every now and then, the people awake from their usual slumber and cast away their complacent nature to take control of their lives and claim their thrones. This last week it happened in Burkina Faso. The people arose and exerted what is commonly referred to as “people power” and the military had no choice but to listen and act accordingly; President Blaise Compaore was booted out of office and run out of town… he was last spotted in Yamoussoukro, Ivory Coast.
Blaise Compaore’s mindset was similar to the common one exhibited by African leaders and described above. He came to power in 1987 after staging a military coup in-house against his buddy and comrade, Thomas Sankara. No one knows what his intentions were at the time of the coup; maybe he had the country’s people at heart. Maybe he had dreamt of changing things for the better. But somehow, in twenty-seven years, he came to lose his way. All of a sudden at some point, it all became about him, not the country.
We know he has a checkered record. He has worked in close alliance with Libya’s Kadhafi who was seen by many as a destabilizer, instead of a constructive actor on the African stage… though it must be admitted he had his admirers. Liberians will remember Blaise Compaore collaborated with Ivorian President Boigny to undermine the Liberian government headed by Samuel K. Doe. Burkina Faso became the conduit through which Charles Taylor launched his war against Doe.
Financed by Khadafi through Compaore, and using Charles Taylor as a front, the Liberian nation was forced to change course in a way not necessarily sanctioned or approved by the Liberian masses. Blaise Compaore was the power behind the Charles Taylor war machine. After the demise of Boigny and the imprisonment of Charles Taylor by the International Court at The Hague, and the killing of Kaddafi, he might have begun to see himself as untouchable.
Last week he ran out of luck. He decided to bluff or force his way through the parliament by manipulating the national legislature into passing a law to amend the constitution to extend his term in office. All of a sudden, the sleeping masses awoke en masse. There is one institution that works from time to time to check dictatorships and enforce democracy; that institution is called the mob; yes, the mob. For the sake of readers who may not understand the context in which I use the word mob, let me provide the dictionary definitions, according to dictionary.com:
1. Disorderly or riotous crowd of people
2. A crowd bent on or engaged in lawless violence
3. Any group or collection of persons or things
4. The common people; the masses; populace or multitude
5. Criminal gang, especially one involved in drug trafficking; extortion
The reason for my clarification is that there are those who come to associate the word “mob” with just the fifth definition, i.e. the Italian variety. I’m specifically using the word in context of the fourth definition given above, which makes it one of my favourite words. I like the idea of the mob coming to our rescue, and there are many examples of the mob living up to the reputation of being defenders of the people.
In Africa, with such leaders as listed above, we need the mob. Let’s not ever count the mob out, especially when we have such crazy and greedy leaders as we have on the continent. Last week they delivered in Burkina Faso. Next week, where will they show up?
My fervent hope is that the beloved African institution, the mob, would show up more often and act more decisively in delivering the people from the devilish claws of the dictators. The message to the so-called African leaders is simple: Watch out, there is a mob near you and you don’t know when it will spring into action. You might be its next victim as you bite the dust.
Theodore Hodge can be reached at imthodge@gmail.com