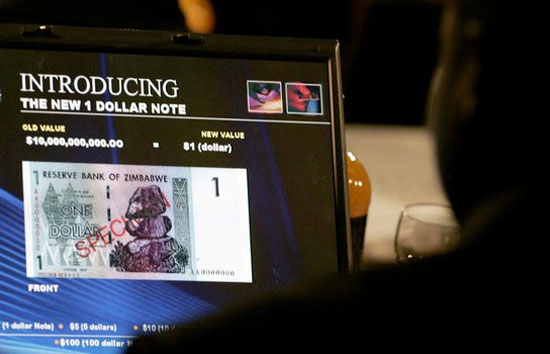 THE use of weak and fragile currencies has made poverty worse in many African countries. Weak currencies have left countries clutching bundles of useless cash, while real wealth is shipped elsewhere.
Fragile currencies have turned political problems into economic crises through depreciation, rampant inflation and extreme poverty. Africa should embrace dollarisation to avert the poverty trap.
Dollarisation can be a path to economic stability and growth if managed properly. It is unfortunate that governments which end up dollarising only do so as a last resort due to an unwillingness to lose control of monetary policy. In reality, in a globalised world, they exercise little control over their weak currencies.
Many countries have become poorer while sitting on billions of US dollar reserves to defend the local currency this while infrastructure, education and health institutions crumble. Why not put this money to better use through dollarisation? With dollarization, there is no need to maintain these mountains of foreign currency.
In Zimbabwe, voices are being heard calling for the return of the Zim-dollar. This is misguided, especially when the economic fundamentals have not been addressed.
There are two main arguments often offered for having a local currency. One is that the country can have the ability to devalue its currency and ‘increase export competitiveness’. The second is that the government can increase liquidity by printing more money and pumping it into the economy to boost growth.
The arguments, while theoretically sound, have not helped in the African context.  Currency, devaluation may work to increase exports in more developed countries like Japan as they have the infrastructure and capacity.  When it comes to African countries, the same has not and does not happen. The infrastructure and capacity does not exist.
To build the infrastructure, technology, machinery and materials will still have to be imported. A depreciating currency makes this unaffordable. This has seen many African countries slow down development and the poor being affected the hardest.  Other countries often follow suit and devalue their domestic currency, and it becomes a race to the bottom in creating weak currencies to ‘remain competitive’ in the export market.Advertisement