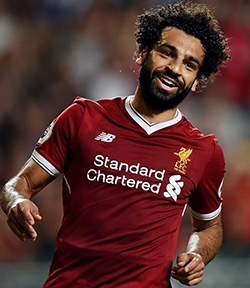 AFRICA’S best footballer for 2017 will be announced this Thursday at the annual Confederation of African Football awards to be held in Accra, Ghana.
In the running for Africa’s top football gong are Liverpool’s Sadio Mane, the Senegalese national who scored in his side’s late victory against Burnley Monday, his Liverpool teammate Mahomad Salah from Egypt and Gabon’s Pierre Emerick Aubemayang who plies his trade for Borrusia Dortmund.
Reuters news agency reports that selectors will have a tough time coming up with the winner in the tightly contested awards.
Odds however, are favouring Aubameyang, who was the African Footballer of the Year in 2015 and runner-up in 2016, where he was beaten to the crown by Riyad Mahrez.
African National team coaches and their captains will be joined by a selected panel of journalists in voting for the best footballer in the continent.
The Liverpool duo will fly to Ghana before their crucial encounter against Everton, with manager Jurgen Klopp telling BBC news he needed to give the attacking forwards due respect and allow them to attend the awards gala just 24 hours before their game.
Previous winners of the award include Emmanuel Adebayo, Nwanku Kanu, Salif Keita, Kalusha Bwalya, Victor Ikpeba and Mustapha Haji among others.Advertisement