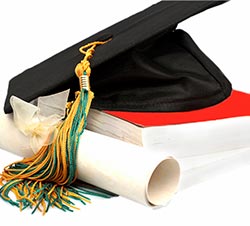 OUR African society lives on a dangerous and deadly lie. We have been socialised and schooled to believe that success is defined and shaped by the education system we inherited from our history of slavery and colonialism.
Our Mickey Mouse approach to developmental issues has made us live comfortably with this enormous lie that daily takes place in the name of education, and we hail with unparalleled pride the graduation ceremonies that come with the completion phases of the various doses of education given to our children by a system we have very little understanding of.
It is hard to comprehend the amount of deception enshrined in our education system today, and to contextualise the deadly effect it has brought on the economic status of our continent.
We fought for independence and we won the political freedom to rule ourselves. Our post-independence leadership is a stranded lot. It cannot deal with the truth, and it has essentially sacrificed the truth in the name of compliance to a world order defined by the people we purport to have freed ourselves from.
We run our countries on a political correctness defined not by the needs of our people, but by the diktats of foreign interests. There is an acceptable danger in the writing of this essay, and that danger is that the writer cannot write in this manner from the comfort of a Western country. People get punished and sanctioned for saying the truth, and the pretenses and intentional bliss that comes with the cowardice of avoiding the backlash of telling the truth to power is hailed as civic iconism.
We have to free our children from the enslaving notion that says going to school in itself is a pathway to a comfortable lifestyle. We mislead our children through our education system, training them to have a mentality only useful to other people, and totally incapable of enhancing our own production capacities.
We leave in a world where you face a backlash for talking about slavery, colonialism, or the sickness of the current world order, and we have to live this irony of accepting the reality of former enslavers and colonisers sitting down to determine the destiny of the rest of the world.
There is always that point when highlighting the evils of slavery and colonialism history will become extremism, and there is of course the acceptable level of criticism. We expect a system that once destined us into slavery and colonialism to lead us to freedom, prosperity and democracy, and we hail this kind of insanity as modernity.Advertisement