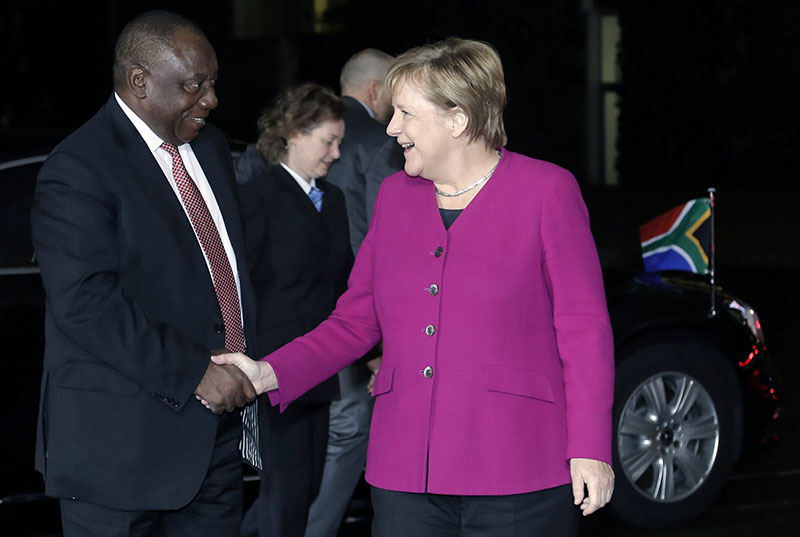 Working with the World Bank, International Monetary Fund and the African Development Bank, the G20 hopes to create in African countries the conditions needed to attract private investment, including economic stability, anti-corruption systems and financing.

The goal of the programme is to bring together “reform-minded” African governments to coordinate country-specific plans in a continent that Merkel said has been too frequently overlooked.

“The core idea of the Compact with Africa is not only to talk about Africa, but to talk with Africa,” Merkel said.

“For many years we were very concentrated on Asia,” Merkel added. “I think in the future, we need to turn the view more toward Africa.”

The compact is open to all African countries. So far, 11 have joined: Benin, Ivory Coast, Egypt, Ethiopia, Ghana, Guinea, Morocco, Rwanda, Senegal, Togo and Tunisia. South Africa’s president, Cyril Ramaphosa, was present in his role as co-chair of the G20-Africa Advisory Group.

At the summit, German industrial conglomerate Siemens signed agreements with Togo on a new gas-fired power plant and Egypt on helping develop a multi-year plan to improve the competitiveness of Egyptian industry, the company said.

Siemens said it was also working with German automaker Volkswagen, the German Development Agency for International Cooperation and others on a mobility project for the Rwandan capital of Kigali to make electric vehicles available for local residents.

The project includes a VW production facility for vehicle assembly, as well as the infrastructure needed for electric mobility.

“That will help us win the fight against poverty and overcome the social divide,” he said.