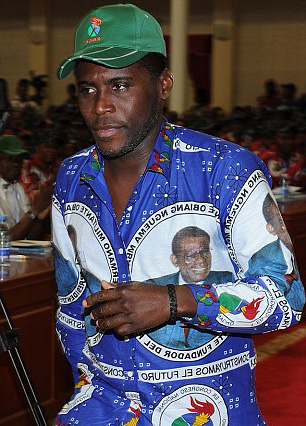 THE “playboy” son of the president of an African republic has been forced to give up a $30m Malibu mansion, a Ferrari and Michael Jackson memorabilia after a corruption probe.
Teodoro Nguema Obiang Mangue, who is the son of Equatorial Guinea’s president and the country’s second vice president, has agreed to give up the assets after reaching an agreement with US authorities.
About $20m of the proceeds will be given to a charitable organisation to be used to benefit of Equatorial Guinea’s people.
Another $10.3m will be forfeited to the US government, which will use the money to benefit the African country’s people.
Among the money he has to forfeit is $1m to cover the value of Michael Jackson memorabilia already removed from the US, including a “Thriller” jacket and a crystal-covered glove.
According to US officials, even though Obiang’s official government salary was less than $100,000, he used his position and influence to gather a fortune of more than $300m through corruption and money laundering.
A civil forfeiture case filed three years ago alleged Obiang spent $70m of the looted profits on the mansion, the Michael Jackson memorabilia and a Gulfstream jet.
Thomas Winkowski, acting director of Immigration and Customs Enforcement, said: “While this settlement is certainly gratifying for the many investigators and prosecutors who worked tirelessly to bring it to fruition, it is undoubtedly even more rewarding for the people of Equatorial Guinea, knowing that at least some of the money plundered from their country’s coffers is being returned to them.”
Obiang said in a statement that his property “was acquired with funds earned in accordance with the laws of my country and through business dealings inside and outside Equatorial Guinea”.
But he said he was pleased to put an end to the legal proceedings.
Obiang has been second vice president of Equatorial Guinea – one of the oil-richest countries in central Africa – since 2012.
He is the son of the incumbent president of the country Teodoro Obiang Nguema Mbasogo – who has been in power since 1979 after ousting his uncle in a military coup.
Obiang Snr is said by Forbes to be one of the world’s wealthiest heads of state, worth an estimated $600m.
In 2012 that the French authorities “towed away 11 luxury cars, including a Maserati, a Porsche Carrera, an Aston Martin and a Mercedes Maybach” belonging to Obiang Jnr.Advertisement

It followed a raid on a Paris mansion owned by the “playboy” during another inquiry.
The dictator’s son was previously seeing Tamala Jones, the star of US TV series Castle, according to several websites including Sister2Sister, which interviewed her when the pair broke up in May this year.
There was no immediate comment from the Equatorial Guinea’s embassy in the US.