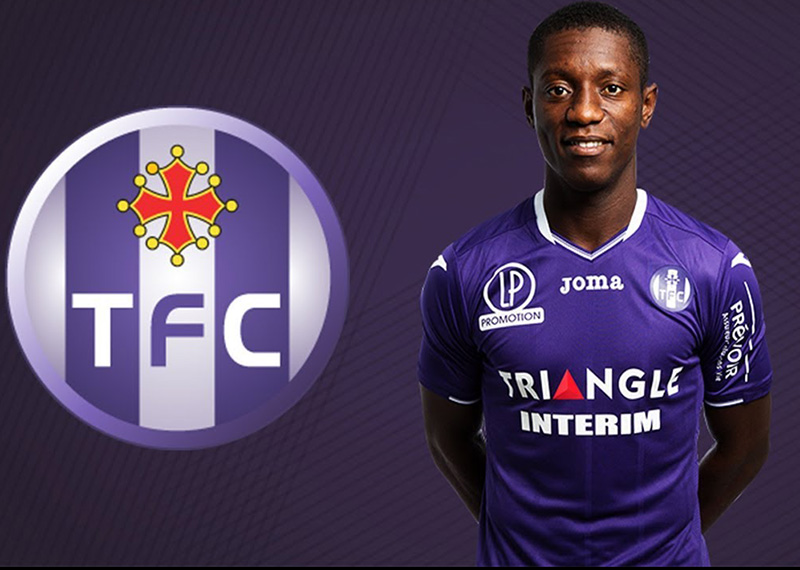 Wilfried Zaha was the stand-out African in Europe at the weekend, scoring twice as Crystal Palace triumphed 4-1 at Leicester City to all but end fears of relegation.

It was the first time the jet-heeled 26-year-old Ivory Coast attacker has scored in three consecutive English Premier League matches.

On a profitable weekend for Ivorians, Franck Kessie netted for AC Milan in Serie A and Max Gradel for Toulouse in Ligue 1.

The sparkling Ivory Coast forward made it a memorable way for Eagles manager Roy Hodgson to celebrate becoming the oldest manager in the Premier League at 71 years and 198 days. Zaha scored a double in the 4-1 thrashing of a feeble Leicester side. The 26-year-old’s second was a result of a sublime counter-attack.

Both of these vastly-experienced centre-backs had a galling time at home to an on-fire Watford, who thrashed them 5-1 and kept the Bluebirds firmly mired in the relegation battle. Ivory Coast international Bamba fared a little better than his Gabonese defensive partner by getting on the scoresheet, knocking home when 4-0 down inside the last 10 minutes.

Manga, though, had precious little to take out of the match, being constantly given the runaround by the Hornets, and was responsible for Watford and Gerard Deulofeu’s first two goals, surrendering possession for the first and being outpaced by the lively Spaniard for the second.

The five-time capped former France international, who switched allegiance to the Central African Republic last year, scored his first league goal since joining Valencia on a permanent deal from Inter Milan at the start of the season. The 26-year-old put his side ahead at Leganes, but Valencia conceded a late equaliser to fall six points behind fourth-placed Getafe in the race for a Champions League spot after their 15th draw in 25 La Liga games this term.

Algerian forward Ounas came off the bench after 79 minutes and three minutes later scored the final goal in a 4-0 win over mid-table Parma. Simone Verdi worked his way through to cross for the 21-year-old to slot in his third league goal this season.

The Ivorian forward scored his 10th league goal of the season with an injury-time strike to rescue struggling Toulouse a crucial 1-1 draw at home with Caen. The 31-year-old former Leeds and Saint-Etienne player has now netted 12 times in all competitions this term.

The Tunisian international continued his fine debut season at Saint-Etienne by setting up Neven Subotic’s winner against Dijon. The 28-year-old Khazri has been crucial to his team’s surprise bid for Champions League qualification, also scoring 12 Ligue goals this season.