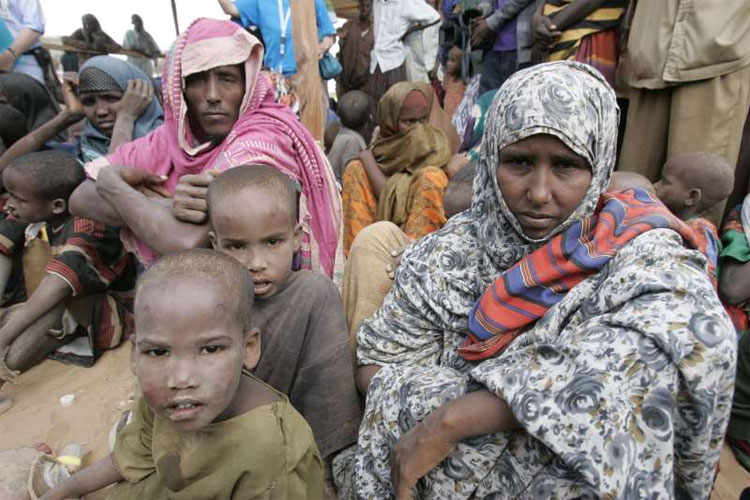 Nearly 150 refugees and asylum seekers have been flown from the Libyan capital, Tripoli, to the Italian capital, Rome, by the UN’s refugee agency, the UN says.

Those taken are from Eritrea, Ethiopia, Sudan and Somalia and many of them need medical attention and are suffering from malnourishment.

Among those relocated are 65 children, 13 of them below a year in age. One of the children was born just two months ago.

Many people hoping to make their way to Europe end up in Libya being held in poor conditions in detention centres. The situation has worsened as the fighting around Tripoli has intensified.

“More humanitarian evacuations are needed,” Jean-Paul Cavalieri, the head of the UNHCR in Libya said.

“They are a vital lifeline for refugees whose only other escape route is to put their lives in the hands of unscrupulous smugglers and traffickers on the Mediterranean Sea.”

As the war in Libya intensifies and threatens the lives of the migrants, the UNHCR reiterated its call to states to urgently come forward with further offers of humanitarian assistance and evacuations in order to bring detained refugees in Libya to safety.