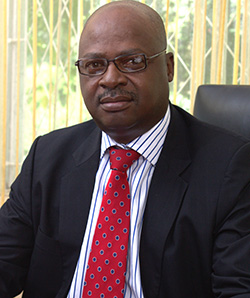 HOSPITALITY group African Sun has contracted Legacy Hotels of South Africa to manage five of its biggest hotels in the country and institute a $60 million facelift of its properties over three years, officials said on Friday.
Legacy chairman, Bart Dorrestein told a press conference to announce the change in the group’s business model that the agreement to manage Elephant Hills, Kingdom Hotel, Monomotapa, Hwange Safari Lodge and Troutbeck Inn will take effect from October 1.
The deal will see Elephant Hills and Kingdom hotels rebranded immediately, while Monomotapa, Troutbeck and Hwange will follow at a later date.
The group terminated its Ghana operation where it ran Amber Accra Hotel on August 31 and will complete the exit from its Nigeria operations by end of this month.
African Sun chairman Herbert Nkala blamed the regional expansion strategy for African Sun’s high gearing and said, since dollarisation, the group has not declared a dividend and has accumulated losses of over $20 million in that time.
He said the exit from the region would result in savings of $10 million annually.
“African Sun’s outside investments were diverting much needed resources from the much profitable Zimbabwe operations,” said Nkala.
He said the International Hotels Group (IHG) will retain its right to continue with the franchising structure with respect to Holiday Inn Harare, Bulawayo and Mutare.
The entry of Legacy was largely expected after AfSun said in March that it was in discussions with a strategic partner to improve the competitiveness of its hotels.
Last month, it fired its top management after parting ways in March with former chief executive, Shingi Munyeza, the architect of the regional expansion strategy.
Munyeza’s exit followed the takeover by private equity investment and advisory firm, Brainworks Capital Management, which held a 55, 11 percent shareholding after closure of its mandatory offer to the hotelier’s minority shareholders in May this year.
Brainworks, through its investment vehicle Lengrah initially bought into the hotel group in 2013 following a transaction between the firm and Munyeza’s family trust, Nhaka Trust, in which the latter ceded shares in African Sun in exchange for cash and 17.02 percent of Brainworks. Brainworks later bought back the stake in a share buy-back exercise early this year.Advertisement

Legacy is among the largest hotel chains in South Africa, with operations in Gabon, Ghana, Namibia and Nigeria.
“The country has potential to become one of the world’s leading destinations.
“Upon the opening of the new Victoria Falls airport, Zimbabwe is ideally placed to become the SADC (Southern Africa Development Community) gateway for tourism,” said Dorrestein.