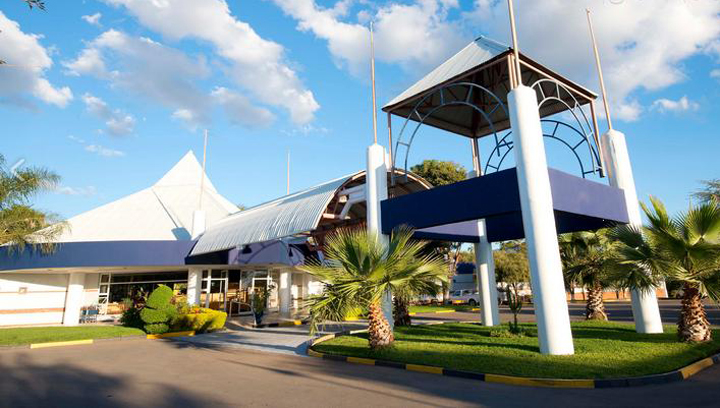 BULAWAYO: Hospitality group African Sun has closed its Holiday Inn Beitbridge Express Hotel citing prolonged loss-making by the facility, the company said on Wednesday.
Company secretary Venon Musimbe said over the last three years, the board and management vainly implemented broad strategies and initiatives in pursuit of mitigating the hotel’s financial losses.
“The board of directors of African Sun Limited wishes to announce that, the group agreed with Dawn Properties Limited (the owner of the hotel) to mutually terminate the lease agreement for the Beitbridge Express Hotel and discontinue operations thereat. The termination and discontinuation of operations is with effect from 31 January 2016,” said Musimbe.
“The rationale for the termination was as a result of the prolonged loss making by the hotel which was eroding the group’s equity.”
AfSun opened the border town hotel in December 1998. The hotel, according to Musimbe, reported losses amounting to $218,000 for the year ended  December 2015, and the accumulated losses for the past two years amount to $508,000.
As at last December, the hotel’s net current liabilities were at $195,000, he said.
Musimbe said the full financial performance of the hotel would be disclosed in the group’s financial results for the 15 months ended December 31, 2015, which would be published on or before end of next month.
In September, African Sun terminated the lease agreement for its Amber Accra Hotel in Ghana due to continued losses and also ceased operations in Nigeria. The losses were due to a high fixed costs structure and a slow revenue upturn.
AfSun operates several hotels including Crown Plaza Monomotapa and Holiday Inn in Harare, the Bulawayo Holiday Inn, Elephant Hills and Kingdom Hotel in Victoria Falls. It also co-owns the Victoria Falls Hotel with Meikles Africa Limited in the resort town in a 50:50 arrangement.
In the eastern highlands it owns the Amber Hotel in Mutare, Troutbeck Inn in Nyanga  as well as the Caribbea Bay in Kariba and Hwange Safari Lodge in Dete.
In September, it contracted Legacy Hotels of South Africa to manage Elephant Hills, Kingdom Hotel, Monomotapa, Hwange Safari Lodge and Troutbeck Inn.Advertisement