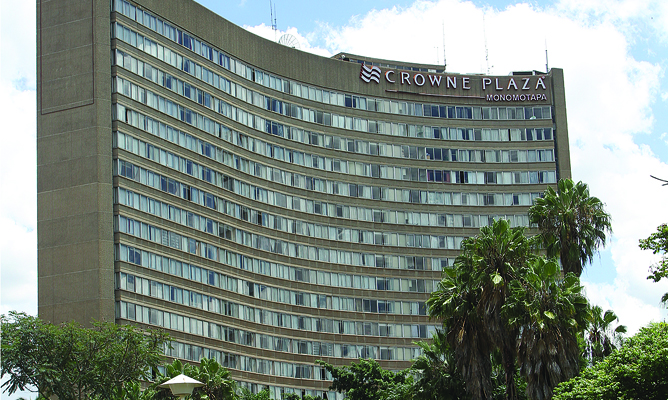 HARARE: Hotels and leisure chain, African Sun Limited (ASL), plans to spend $25 million to expand the Monomotapa Hotel, once the City of Harare approves its request to acquire a portion of the Harare Gardens, an official said on Thursday.
Monomotapa Hotel, formerly Crowne Plaza, plans to construct an international conference centre and an open air restaurant among other leisure facilities. The new development will be at a site currently used as a parking lot that also includes a public swimming pool and gym.
The council deal is reported be worth around $2 million.
George Manyere, the chief executive of Brainworks Capital, major shareholder in ASL, told shareholders at an annual general meeting that discussions for the transaction were continuing.
“We are not trying to get the whole park. The amount of land that we need is about eight percent of the park (Harare Gardens),” Manyere said.
“We hope that the City will favour us with that authority to extend. That investment is roughly close to about $25 million and we are quite advanced in the preparations for that type of investment. What is left right now is for the city to consider our application.”
Some Harare City councillors have voiced their opposition to the deal, which is still under consideration by the city fathers.
Manyere said the deal was crucial in the “rejuvenation of the city.”
Harare currently has one international conference centre owned by Rainbow Towers Group.
Meanwhile, ASL managing director Edwin Shangwa said the group minimised its loss in the first five months of the year to $740 000 from $1.87 million in the comparable period last year.
“This is a clear indication that our cost reduction measures are paying off,” he said, adding expenses were down 17 percent.
Shangwa said the group had in the past year exited all operations outside Zimbabwe and closed loss-making ventures such as Amber Hotel in Ghana and Beitbridge Express.
A staff rationalisation exercise also reduced ASL’s workforce to 1 179 from 1 490.
A decline in arrivals mainly from South Africa due to the strengthening of the United States dollar against the Rand as well as a subdued domestic market saw revenues decline 23 percent to $14.09 million in the five months.
Revenue earned per available room (Rev Par) was down 17 percent to $34.Advertisement

The group has reduced its debt to nearly $8 million from $17.4 million.
Shangwa said ASL would recover in the second half of the year which is traditionally its busiest period.
For the full year ended December 2015, ASL sank deeper in the red after posting an $8.7 million loss compared to a $2.3 million loss the previous year.
Some of the contributory factors to the widening loss were once off factors such as retrenchment packages and discontinued operations, Shangwa said.