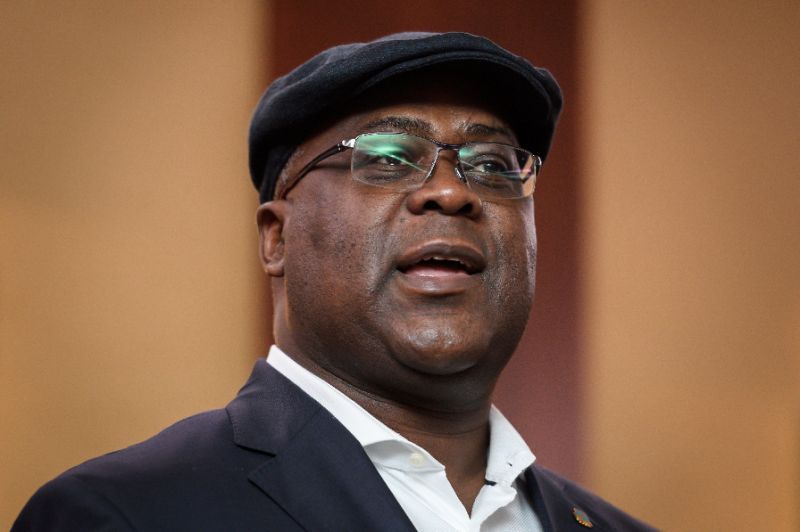 The 16-nation Southern African Development Community (SADC) along with Kenya have congratulated Tshisekedi and called for a peaceful handover of power.

After the court dismissed runner-up Martin Fayulu’s call for a recount as “absurd”, Tshisekedi was declared the winner with 38.5 percent of the vote, paving the way for him to take over from the country’s longtime leader Joseph Kabila.

The 55-year-old should be sworn into office on Tuesday, according to his entourage.

It would mark the first peaceful transfer of power from one president to another in the Democratic Republic of Congo since independence from Belgium in 1960.

The African Union, which had expressed “serious doubts” about the election figures, said on Sunday it has “taken note” of the court’s ruling and postponed sending a high-level delegation to Kinshasa.

The dispute over the election has raised fears of fresh bloodshed in the vast and volatile central African nation, but calls by Fayulu to protest did not lead to large demonstrations.

“SADC calls upon all Congolese to accept the outcome, consolidate democracy and maintain a peaceful and stable environment,” its chairman Hage Geingob, president of Namibia, said in a statement

“The SADC reiterates the need to respect the sovereignty and territorial integrity of the DRC,”

Hundreds of Tshisekedi’s supporters celebrated by blowing whistles and horns near his party headquarters in the capital Kinshasa, where the atmosphere was otherwise calm on Sunday.

Fayulu has described the outcome as an “electoral coup”.

He has alleged that Tshisekedi promised to protect Kabila’s political and financial interests in return for helping to ensure his victory.

“I ask the entire international community not to recognise a power that has neither legitimacy nor legal standing to represent the Congolese people,” he said of Tshisekedi.

Tshisekedi called for unity, saying in a video message that “this is not a victory for one side or the other.

“The Congo we are going to build will not be a Congo of division, hate and tribalism — it will be a Congo that is reconciled, a strong Congo, looking towards development, peace and security for all.”

Tshisekedi’s victory was provisionally announced earlier this month by the Independent National Election Commission (CENI) but was challenged both at home and abroad.

On Sunday, the Constitutional Court, which is made up of Kabila’s allies, said Fayulu had failed to prove any inaccuracies in the figures. It described his call for a recount as “absurd”.

But the influential Roman Catholic Church, which says it deployed 40,000 observers to monitor the poll, has dismissed the official outcome.

Leader of the country’s oldest and biggest opposition party, the Union for Democracy and Social Progress, 55-year-old Tshisekedi has never held high office.

His late father Etienne Tshisekedi had contested Kabila’s re-election in 2011.

There are concerns that political crisis that began when Kabila refused to step down at the end of his constitutional term in office two years ago could turn into a bloodbath.

At a summit on Thursday, AU leaders had voiced “serious doubts” about the election figures, and initially planned to send its current chairman, Rwandan President Paul Kagame, to Kinshasa on Monday.

But DR Congo government spokesman Lambert Mende rejected the AU’s concerns and said the new president would “probably” be sworn in Tuesday along with a new legislature — dominated, according to official election results, by Kabila allies.

They are thus set to nominate the prime minister who will work alongside Tshisekedi.