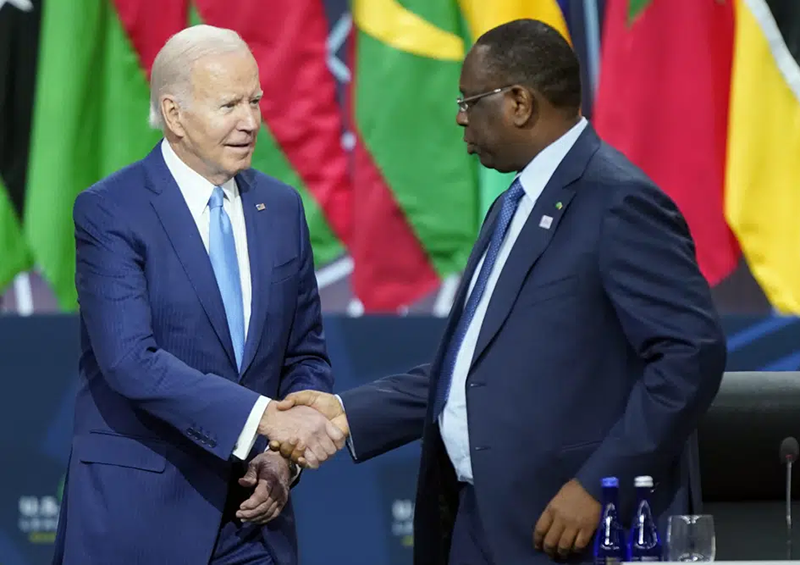 By The Washington Informer

The U.S.-Africa Leaders Summit this week touched on several themes, including collective security and human rights, which Emperor Haile Selassie I espoused in his speeches before the United Nations when much of Africa had been under colonial rule.

Several decades after the wave of African independence movements that brought forth the Organization of African Unity, and then the African Union, African people on both sides of the Atlantic remain skeptical about any kind of collaboration with the U.S. government.

Despite President Joe Biden’s promises of investment in Africa’s future, AU Chair Macky Sall made it clear that some U.S. policy decisions impede any potential for positive relations between the U.S. and Africa, particularly Zimbabwe.

“Africa calls for the lifting of sanctions which continue to affect the Zimbabwean people,” Sall said Thursday during a leaders session. “It’s time to lift these sanctions so the people can continue to fight against underdevelopment and poverty,” continued Sall, who also serves as president of Senegal.

Since the 2000s, the U.S. has imposed financial sanctions on Zimbabwe for what officials described as human rights abuses. The U.S. State Department recently removed 17 Zimbabweans from its sanctions list, while adding four individuals and two entities.

In a statement, Biden administration officials called its recent actions part of an effort to ensure fair elections in 2023.

During the summit, the Biden administration promoted the Partnership for Global Infrastructure and Investment and Prosper Africa as initiatives striving to strengthen trade and advance policies that benefit small and medium business enterprises.

This counted among several announcements made over the course of three days in the realms of climate change, health, trade and infrastructural development. Johnnie Carson, former foreign service officer and senior advisor to the United States Institute, has been chosen to play a key role in the fulfilment of the deals.

Throughout the summit, protestors from Democratic Republic of the Congo set up shop feet away from the Walter E. Washington Convention Center where they advocated for peace and control of their natural resources, particularly cobalt. Other protests down the street from the Washington Convention Center highlighted an ongoing proxy war between the U.S., and China and Russia, reminiscent of what occurred during the Cold War.

As the summit neared its end on Thursday, Biden, Secretary of State Antony Blinken, Sall and other African leaders conducted meetings that had been closed off to the press. The meetings, as outlined in an agenda published on the U.S. State Department’s website, focused on realizing the goals of the AU’s 2063 Agenda.

The 2063 Agenda intends to promote Pan-Africanism, via the fostering of a strong cultural identity, peace and good governance, and sustainable development.