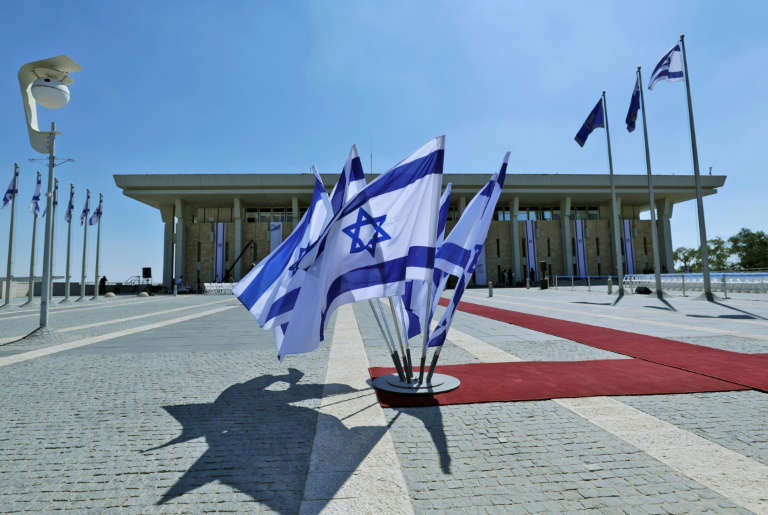 The African Union appears set for an internal clash over its relationship with Israel at a summit this weekend, a rare point of contention for a bloc that values consensus.

The dispute was set in motion last July when Moussa Faki Mahamat, chair of the African Union Commission, accepted Israel’s accreditation to the 55-member body headquartered in Addis Ababa –- handing Israeli diplomats a victory they had been chasing for nearly two decades.

Powerful AU member states, notably South Africa, quickly spoke out in protest, saying they had not been properly consulted and that the move contradicted numerous AU statements -– including from Faki himself –- supporting the Palestinian Territories.

Foreign ministers failed to resolve the issue at a meeting last October, and South Africa and Algeria have placed it on the agenda of a summit for heads of state that kicks off Saturday, according to AU documents seen by AFP.

Despite a long list of pressing issues including the coronavirus pandemic and a spate of recent coups, analysts expect the Israel question to get a lengthy hearing at the summit, which is marking the 20th anniversary of the AU’s founding.

There could also be a vote on whether to back or reject Faki’s decision.

“Twenty years after the formation of the African Union, the first issue has come up that’s going to seriously split” the bloc, said Na’eem Jeenah, executive director of the Afro-Middle East Centre in Johannesburg.

“No matter how the decision goes at the heads of state summit in February, the AU is going to be split in a way that it hasn’t been in the past.”

Seventy-two countries, regional blocs and organisations are already accredited, including North Korea, the European Union and UNAIDS, according to the AU’s website.

Israel was previously accredited at the Organisation of African Unity (OAU), but lost that status when the body was disbanded and replaced by the AU in 2002.

The Israeli government attributed the snub to the Libyan leader Moamer Kadhafi, who held major sway at the AU until his death in 2011.

When Faki announced Israel’s accreditation last July, Israel’s foreign ministry issued a statement describing its previous exclusion as an “anomaly” and noted that Israel has ties to 46 African countries.

The ministry also said Israel’s new status would help it aid the AU in fights against the pandemic and terrorism.

“Working on a bilateral level with many African countries is wonderful and is great, and that is the very basic tenet for the relationship with Africa,” Iddo Moed, deputy head of African affairs at the ministry, told AFP last week.

“But I think for Israel it is important also to establish formal relations with Africa as a continent,” he added.

But Jeenah, from the Afro-Middle East Centre, said the environment that gave birth to the AU made it different from the OAU, founded nearly 40 years earlier.

“We were firmly in a postcolonial period. Apartheid in South Africa was over. It was time for a new organisation that oriented itself differently,” he said.

Just because Israel was accredited before, he added, doesn’t mean it should be now.

South Africa was among the first African countries to speak out against Israel’s new accreditation.

It has kept up the criticism, with Foreign Minister Naledi Pandor in December denouncing Faki’s decision as “inexplicable”.

“This came as a shock, given that the decision was made at a time when the oppressed people of Palestine were hounded by destructive bombardments and continued illegal settlements of their land,” she said.

Just two months before accepting Israel’s accreditation, Faki himself condemned Israeli “bombardments” in the Gaza Strip as well as “violent attacks” by Israeli security forces at the Al-Aqsa mosque compound in Jerusalem, saying the Israeli army was acting “in stark violation of international law”.

Analysts and diplomats say it is unclear how a vote on Israel’s status might go.

Israel’s biggest supporters include Rwanda and Morocco, while many countries have not expressed a position.

Any decision on Israel would need the backing of two thirds of member states.

Supra Mahumapelo, chairman of a South African parliamentary committee on international relations, told AFP it was important for the AU to take up the issue.

“It is incomprehensible for the AU to recognise and give some status to the state of Israel,” he said.

“We hope that the AU summit that is taking place will look at this matter.”

Some observers, though, lamented the tensions the debate seems destined to stoke.

“Every effort should have been done to avoid this issue from becoming a source of polarisation. Now it will be such a bad distraction at a time when you don’t need that,” said Solomon Dersso, founder of the Amani Africa think tank, which focuses on the AU.

“It’s going to attract much of the headlines, instead of issues of major consequence to the lives of people on the continent.”