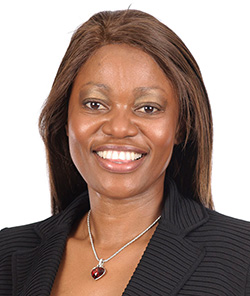 AFRICAN philanthropist and social entrepreneur Tsitsi Masiyiwa will this year receive the Chairman’s honorary award at the Zimbabwe Achievers Awards (ZAA), for her contribution to charitable causes and children’s welfare.
Masiyiwa, co-founder and chair of the Highlife Foundation has devoted much of her life to empowering disadvantaged children through education and harnessing technology to create employment opportunities for young people.
Married to telecoms magnate Strive Masiyiwa, Tsitsi has for nearly two decades dedicated her life’s work to orphaned and vulnerable children, overseeing five trusts operating in several countries include Zimbabwe, Lesotho, Burundi and South Africa.
Through her foundation, Tsitsi has supported the youth with basic education and created opportunities that have enabled many of them to go on to college and vocational training.
Masiyiwa has also been involved in identifying and nurturing young talent by selecting hundreds of gifted African students, and offering them scholarships that cover a broad scope, from high school right through to university, including top Ivy League colleges such as Harvard and Yale.
“Tsitsi Masiyiwa is the personification of a woman using the resources she has at her disposal to help those in need, and we salute her for her incredible philanthropic work and her personal commitment to promoting and fostering change,” said ZAA Chairman Conrad Mwanza.
“She is a credit to the community and a great ambassador. Her unyielding efforts in empowering children through education and giving them a hope for the future is admirable, and this year we are celebrating the wonderful work she has done and that she is still doing,” Mwanza added.
In the last 17 years the Higherlife Foundation has invested time, money and resources in sending tens of thousands of children to school in Central and Southern Africa.
Through the Capernaum Trust that she set up with husband Strive, the trust pays fees for over 40,000 students across Primary, High school and Tertiary levels.
They have also established the Andrew Young Scholarship, a $6.4 million-dollar fund that sends African students to attend, among others, Morehouse College in the US.
Three other individuals have also made it on to the honour’s list. The recipients include Diaspora Funeral Cash Plan founder, Jeff Madzingo, former Dynamos and Warriors goal keeper, Japhet Mparutsa and Deloitte’s Debbie Thomas.Advertisement

“We have so many outstanding men and women who are, on a daily basis, working to strengthen and build our ever-growing community in the UK.”
“The work these individuals are doing, their vision, determination and persistence to bring about positive change in the society we live in is truly an inspiration to us all,” said Mwanza.
Jeff Madzingo is to be honoured for his pivotal role in business and services to the community.
Having previously helped thousands of Zimbabweans acquire properties in the UK over the years Madzingo five years ago founded the bespoke diaspora funeral cash plan which pays US$ cash immediately on an individual’s death. In the face of an old age solcial ill where diaspora communities have had to resort to bereaving and begging, the Diaspora Funeral Cash Plan has helped transform the realities of so many Zimbabweans and other African nationalities worldwide. He is also the CEO of New Zimbabwe, one of the leading online newspapers.

Football legend, Japhet Mparutsa, well known as the Shortcat, is to receive the Legend’s Award for services rendered to sport. Mparutsa, who played for Dynamos, Black Rhino’s, South Africa’s Bloemfontein Celtics and Darryn T, overcame a series of challenges during his career that spanned 17 years to emerge as one of the greatest goalkeepers of all time. Mparutsa also broke several records during his illustrious career.