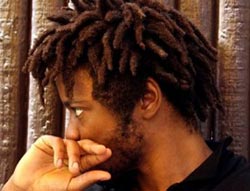 ONE hundred years ago, European colonists conquered and plundered Africa because they had far superior technology. To this very day, European nations continue to plunder Africa because they possess advance weapons. This time the weapon of choice in the re-conquest of Africa is financial warfare; it is no longer military force. But the end result is the same: Western corporations profit, whilst Africa remains underdeveloped and over-exploited.
Financial imperialism is the system through which a dictatorship of Western capital exercises authoritarian control over African economies in order to perpetuate the exploitation of the continent for the benefit of the West’s capitalist class.Africa is a paradox that underscores the ongoing power of financial imperialism. She is spectacularly rich, yet the natural capital that is extracted from above and below her children’s feet continues to enrich, not Africans, but the people who facilitate Africa’s impoverishment: Western capitalists.
Financial imperialism is widening the gap between the white bourgeois, who are a handful of North Atlantic elites, and everybody else.Western “human rights organisations” replaced yesterday’s missionaries, who demonise and undermine independent-minded African governments. White minority governments, which ran dictatorships in African capitals, have now given way to white dictatorships directed from European capitals.
European nations use debt as a weapon against Africa. Debt exploits Africa by ensuring that funds are diverted from local developmental investment strategies towards interest payments into imperialist banks. Debt thereby creates a form of Financial Low Intensity Conflict (FLIC), a new kind of warfare, far better adapted to the twenty-first century than “primitive” forms of warfare like invasion and occupation.
These more “primitive” techniques are reserved for certain African leaders who refuse to plunge their people into debt for the benefit of foreign capital. Leaders who have been assassinated by European powers for resisting Financial Low Intensity Conflict include Muammar Gaddafi, Patrice Lumumba and Thomas Sankara, to name but a few. “Debt is a cleverly managed re-conquest of Africa”, remarked Thomas Sankara, just months before his assassination.
What, after all, is the objective of war? War is an act of violence whose goal is to force the adversary to do one’s will. Debt provides a powerful lever for forcing the third-world “adversary” to submit to the will of the Western creditors. Africa spends more on debt interest payments to creditors in Europe than it does on investing in education and healthcare. In short, if the West cancelled African debt, European nations and the United Nations wouldn’t need to provide aid for African schooling and medicine.Advertisement

The West’s tactic is to use the International Monetary Fund and the World Bank to load African economies, governments, companies and families with debt, siphon off their income as debt interest payments and then foreclose when African debtors lack the means to pay. Indebting African governments gives creditors a lever to pry away land, public infrastructure, and other property in the public domain. Indebting African companies enables creditors to seize employee pension savings.
The history of debt is 4,000 years old. From 2,000 BC to the time of Jesus, it was normal for all of the countries in the world to periodically cancel the debts when they became too large to pay.This was easy to do in a society where most debts were owed to the State. Nowadays, African debt is controlled by a Western dictatorship of private capital, led by a consortium of imperialist banks that prefer profit to debt forgiveness. After all, profit is indifferent to human suffering.
Debt is not the only way in which the West keeps Africa underdeveloped and de-industrialised. In fact, it is not even the primary weapon. The main weapon in the West’s arsenal of financial imperialism is the promotion of neoliberal economic policies through Western institutions, like the IMF and World Bank, as well as through local puppet neo-liberal political parties.
Neo-liberalism is unquestionably the greatest cancer spreading across the African continent. Neo-liberalism is the promotion of a combination of counter-developmental economic policies, such as privatisation, austerity and structural adjustment that put the interests of foreign capital over local labour.
Through debt and neo-liberalism, the IMF and World Bank exert de-facto control over the economies of many African States. The World Bank and IMF control most African currencies, determine macro-economic policy, and national budgets. The indebted African State is thus left with just its judicial functions and above all, the maintenance of internal public order. This is one crucial State function the Western creditors want nothing to do with.
As Ghana’s founding father Kwame Nkrumah, pointed out, the essence of financial imperialism is that “the State which is subject to it is, in theory, independent and has all the outward trappings of international sovereignty. In reality its economic system and thus its political policy is directed from outside.”
Corruption is often considered to be one of the greatest diseases plaguing Africa. Truth is, corruption and financial imperialism go hand in hand: corruption is the basis on which the comprador bourgeoisie can arise, prepared to sell the rights of their people to imperialism, provided they receive their cut. In short, financial imperialism fuels corruption just as much as corruption fuels financial imperialism.
In Africa, poverty and underdevelopment are the symptoms; debt and neo-liberalism are the cancer. The cure is a long-sustained dose of industrialisation through mineral refinement and a robust look-East policy. China has recently announced that it will provide Africa with loans of a staggering $1 trillion for infrastructure and development over the next twelve years. In contrast, last year, the World Bank’s spending on Africa was just $5.6 billion.Africa is China’s success story: whereas, the Americans bring drones and economic destabilisation to Africa, the Chinese bring roads, bridges and dams.
Financial imperialism has meant that as with tobacco, diamonds, cocoa and oil, Africa exports its precious resources to the West, only to buy them back at a premium. This is one of Africa’s greatest problems and biggest opportunities. The solution to this problem is simple: Africa must not only control its raw materials but also build the refinement capacity to make them into finished products. Mineral refinement is the much-needed bridge between poverty and industrialisation, and therefore, it will transform Africa into a developed continent.
Africa’s current era of imposed financial imperialism is the final, and perhaps, the worst stage of imperialism. It is the worst stage because, for those who practice it, it means power without responsibility, and for those who suffer from it, it means exploitation without justice. It is the final stage because overthrowing the subtle, yet devastating, Western imposed dictatorship of capital will be the last step before Africa can become a First World power.
Africa’s struggle against financial imperialism is not aimed at excluding the capital of the developed world from operating in less-developed countries. It is aimed at preventing the financial power of the rich countries being used in such a way as to impoverish the less-developed. For, when all is said and done, this above all else is our generation’s struggle.
Garikai Chengu can be contacted at chengu@fas.harvard.edu