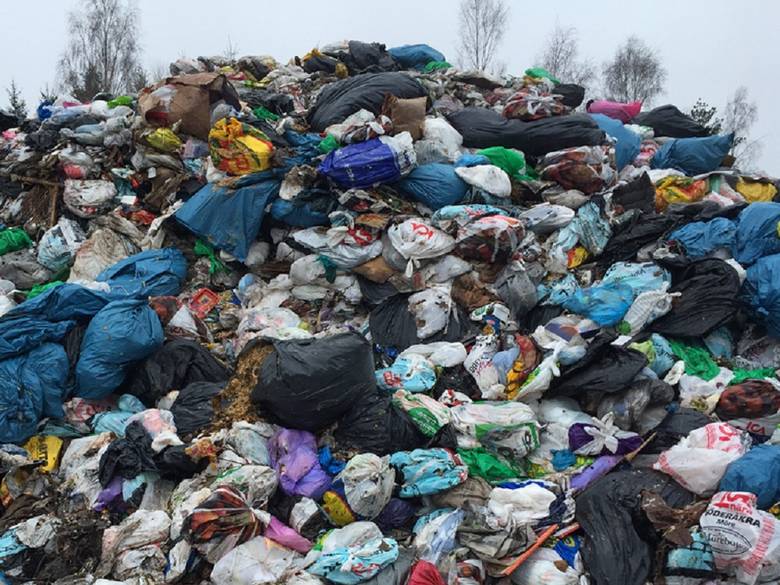 No one would envy a life of scavenging in Kenya’s biggest landfill, but Daniel Kiarie says he would never leave it.

Birds circle overhead and dogs scuffle as the 35-year-old and around 600 people who work here move through the filth of Nairobi, all of them intent on useful finds. Ground-up garbage, from used hospital needles to battered toys, crunches under his feet. Thirty pungent acres stretch out before him at the center of the city’s poorest slums.

“This is like any other job,” Kiarie said. “I would not leave it for a cozy office.” In blue overalls, he oversees a hill of plastics he has salvaged to sell to recycling companies. “And I am not mad.”

As the world meets again to tackle the growing threat of climate change, Africa expects to suffer the most from rising temperatures. And it is least equipped to fight back.

How the continent will tackle the solid waste produced by its more than 1.2 billion residents, many of them eager consumers in growing economies, is a major question for environmentalists and governments alike.

Most African countries lack the resources needed to process the growing amount of solid waste, said Maria Leonor Sales, a consultant with the African Development Bank. Nineteen of the world’s 50 biggest dumpsites are on the continent, according to the Environmental Justice Atlas.

The fastest-growing regions for waste generation are sub-Saharan Africa and South Asia, where it is expected to triple and double, respectively, by 2050, the World Bank said in a September report. By then, the regions will be producing 35 percent of the world’s trash.

Much of the waste in low-income countries, about 90 percent, is openly dumped or burned. That contributes to worsening air quality while the poor are most affected, the World Bank said.

The burning of waste is a key contributor to climate change. In 2016, 5 percent of global emissions were generated from solid waste management, excluding transportation, the bank’s report said.

“Perceptions are one of the main challenges as people do not view waste as a resource,” said Catherina Schenck, a professor with the University of the Western Cape in South Africa who has researched waste pickers. “This includes the policymakers down to the consumers.”

Transitioning to a greener economy and sustainable waste management will require informal workers like Kiare to become part of a recognised system, following health and environmental guidelines and receiving stable incomes and benefits in return.

Experts say recycling companies then can be more efficient and have a guaranteed supply of raw materials.

Africa has the opportunity to unlock at least $8 billion every year in resource value into the economy by changing the way we think about waste, said Professor Linda Godfrey, an expert on waste management with the South Africa-based Council for Scientific and Industrial Research.

The African Union has said member countries should divert 50 percent of the waste they produce to recycling, reuse and recovery by 2030. Currently, the continent recycles only 4 percent.

Unfortunately, investment in such projects in Africa is still seen as high-risk by the private sector, Godfrey said. She said strong political will is needed.

Kiarie knows the risks of his current work. Landslides in dumps can be deadly. The threat of injury or infection is high. The landfill where he roams, Dandora, was deemed full in 2001. Yet it continues to operate, supporting people from the bottom rungs of Nairobi’s economy.

Kiare’s previous job as a day laborer in construction paid him $5 but he would go without work for long periods, which almost got him evicted. Now he can take home between $10 and $50 a day from recycling. He has moved into a bigger house and is now married with three children.

Most Kenyans, who look down on those who work in the country’s sprawling landfills, live below $2 a day.

“Nowadays I don’t hear from the landlord,” he said.