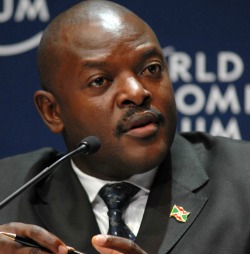 IT is a cliché that three is charm, yet it is also a truism that three strikes and you are out. For the International Criminal Court (ICC), the truism trumps the cliché. The court is reeling. Burundi decreed to remove itself from the jurisdiction of the court. South Africa made a formal request to leave, and Gambia is on hot pursuit; all in quick succession.
It is now abundantly clear. Africa’s threats to leave the ICC en-masse are not empty.
Burundi’s announcement had not caused much alarm, at least initially, since the court had launched preliminary investigations on the country’s top brass. South Africa’s own decision has been slammed as an attempt to absolve President Jacob Zuma’s government for the Oma Al Bashir debacle.
Whilst such surface interpretations of events are solid, it would be elementary to dismiss the position (s) taken by the countries, as well as the direction the AU is leaning on this matter.
The position of the African Union and some of its member states is in effect sensible, and not without reason. The case against the ICC is strong.
The court’s neo-colonial agenda
Institutions like the United Nations, the World Bank and the IMF were created post World War, by global super powers. In the contemporary world, they have been used by the powers that be to further their own neo-colonial agenda. The ICC is an effective extension of that global system.
For example, the United Nations Security Council can refer cases to the ICC even though three of its five permanent members with veto powers are not party to the Rome statute. It’s amazing that countries that do not want to be held accountable under the Rome Statute play referee to it.
Even more worrying is the fact that the Security Council has not always acted above board and consistently especially regarding war crimes. For instance, the United States of America has on several occasions vetoed Security Council resolutions concerning Israeli war crimes on Palestinian territory. Similarly, Russia and China vetoed UN draft resolution to refer Syria to the International Criminal Court.
Even if we were to somehow accept the authority of the Security Council, are we Africans supposed to sit and smile when we do not have veto power in this council, worse in matters that affect African countries?Advertisement

Africa says peace over justice
African institutions like the AU and other regional bodies have an opinion on this thorny debate namely that pursuing justice for grave international crimes interferes with peace negotiations. Many might not agree with Africa’s stance on this debate but its stance is clear, Africa believes in peace over justice.
The ICC believes in justice at whatever cost to the affected country. This significant divergence in approaches to conflict sets the African Union and the ICC on a collision course; especially because the western method has often always created anarchy without achieving justice.
Colonel Gaddafi was effectively overthrown shortly after NATO intervention and the UN Security Council Resolution 2016.
Africans were excluded in the deliberations on Libya, their advice utterly ignored. Now, Libya is ungovernable littered with more human rights abuses. The international community chose expediency over peace and Libya reaped anarchy.
Bar that, the ICC insists on indicting sitting Heads of States, which obviously, the African Union disagrees with. The African Union’s view is to suspend justice in exchange for a possible end to conflict. Without an established common ground, the AU and ICC will always work against each other, and that neither helps the peace process, nor does it ever lead to justice.
The indictment of Bashir in 2009 was interpreted as an assault on efforts by the AU to broker peace while the indictment of Kenyatta was disrespectful to the position of the AU. As stated earlier, this was a collision course.
Double standards and the selective enforcement of the Rome Statute
The Gambian Information Minister Sheriff Bojang, explaining why Gambia decided to leave the ICC, had this to say: “this action is warranted by the fact that the ICC, despite being called the International Criminal Court, is in fact an International Caucasian Court for the persecution and humiliation of people of colour, especially Africans”.
Unfortunately, the sentiments expressed by the Gambian Information Minister are not devoid of truth.
Great Britain is a party to the Rome Statute thus their actions are within the court’s jurisdiction. The then United Nations Secretary General Kofi Annan described explicitly that the Iraq war was illegal as it breached the UN Charter.
If the ICC truly believes in justice at all costs, why have Tony Blair and his army generals not been indicted by the court?
Do the Iraqi civilian lives lost through this illegal war count for nothing? Or are Western perpetrators of war crimes above the law?
Dr Milton Wolf says selective enforcement of the law is the first sign of tyranny. We as Africans are feeling the weight of this tyranny. In fact, we have always felt it.
During our liberation struggle our heroes were labeled terrorists. Yet, yesterday’s monsters, those who murdered, brutalized and dehumanized our people during Africa’s colonization, are celebrated in Western cities.
King Leopold the second is celebrated across Belgium but he killed 10 million people in the Congo.
We view this selective application of international law not only as a form of legal abuse but a threat to the rule of international law. What is good for the goose must also be good for the gander. Selective application of law means that those pulling the strings in the ICC are doing it for power retention and not for justice.
A case for victims
At the center of the conflict between the AU, some of its member states and the ICC, lies genuine victims of war. They have no access to justice, while the ICC frustrates efforts for peace by incensing the AU and incapacitating it. Clearly, it is impossible for the AU and ICC to find middle ground. The sooner ties are cut, the better chance for the victims to get both justice and perhaps peace. Cockeyed.
There is need to make sure that when and if the continent pulls out, there is a clear strategy. The mandate for peace and justice must then fall to the AU.
We cannot afford to forget the African victims in this intellectual discourse. Since Africa’s pull-out is no longer in doubt, the AU must establish its own independent African Criminal Court with the jurisdiction to prosecute individuals for the international crimes of genocide, crimes against humanity and war crimes. We must now be gripped with discussions around the modalities of establishing this Court.
If we just pull out without one, it sends the wrong message about our seriousness to deal with these heinous crimes and our desire to see an end to impunity – something which was already questionable.