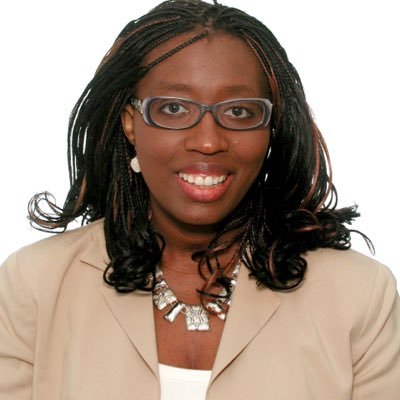 AFRICAN Continental Free Trade Area (AfCFTA) is expected to increase intra-African trade in transport services by nearly 50%, according to the latest estimates by the Economic Commission for Africa (ECA).

The estimates on, ‘Implications of the African Continental Free Trade Area for demand for transport, infrastructure and services’, released by ECA at the fifth African Business Forum on February 7, indicate that with AfCFTA in absolute terms, over 25% of intra-African trade gains in services would go to transport alone; and nearly 40% of the increase in Africa’s services production would be in transport.

The research, conducted by experts in the Energy, Infrastructure and Services Section of ECA unpacks AfCFTA investment opportunity in the transport sector.

Vera Songwe, UN Under-Secretary-General and Executive Secretary of the ECA said the AfCFTA is “expected to significantly increase traffic flows on all transport modes: Road, Rail, Maritime, and Air,” but that such gains will only be optimised if the AfCFTA is accompanied by implementation of regional infrastructure projects.

Chief of the Energy, Infrastructure and Services Section at ECA Robert Lisinge said: “Roads currently carry the lion’s share of freight in Africa.”

He added: “AfCFTA provides an opportunity to build Africa’s railway network. It would increase intra-Africa freight demand by 28%; demand for maritime freight will increase the most.”

According to the research findings, AfCFTA requires 1 844 000 trucks for bulk cargo and 248 000 trucks for container cargo by 2030. This increases to 1 945 000 and 268 000 trucks respectively if planned infrastructure projects are also implemented.

Lisinge noted that AfCFTA and Africa’s transport infrastructure programmes are intrinsically linked and should be implemented simultaneously.

He said the Trans-African Highways (TAH) & Programme for Infrastructure Development (PIDA) and the Single African Air Transport Market (SAATM) should be prioritised at the same level with AfCFTA.​

“Africa’s road network is inadequate but implementing planned projects will significantly increase its size. Africa needs to upgrade sections of its roads to cope with increased freight generated by AfCFTA,” said Lisinge.

“Freight traffic growth envisaged to be higher in some sections of Africa’s road network than continent-wide average growth. Implementing AfCFTA will double road freight from 201 to 403 million tonnes.”

​AfCFTA requires 97 614 wagons for bulk cargo and 20 668 wagons for container cargo by 2030. This increases to 132 857 and 36 482 wagons respectively if planned infrastructure projects are also implemented.

​Share will increase by 0,6% to 22,7% if both AfCFTA and planned infrastructure projects are implemented.

AfCFTA requires 126 vessels for bulk cargo and 15 vessels for container cargo by 2030. This reduces to 121 and 14 vessels respectively if planned infrastructure projects are also implemented.

The continent’s air transport network includes a total of 14,762 air routes (connecting each airport with the other 121 airports).

Implementing AfCFTA, the report says, would double the number of tonnes transported by air from 2.3 to 4.5 million.

In 2019, air accounted for only 0,9% of intra-Africa freight transport​ Implementation of AfCFTA would double airfreight from 2,3 to 4,5 million tonnes. ​Air traffic is therefore expected to double in 2030 compared to 2019.

The AfCFTA agreement entered into force in 2019. Implementation commenced in 2021.