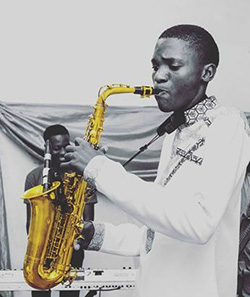 ZIMBABWEAN Afro-classic music group In Total Band is set to tour Zambia this April where they will stage three gigs in Lusaka.
Band spokesperson Joseph Chinouriri told NewZimbabwe.com that this would be their second tour of a neighbouring country after a successful tour way back in 2015.
“Our first tour in Zambia was amazing and we were even surprised by the response that we got.
“Their calling us again is a sure sign that they enjoyed our music and I think it is through God’s grace that we have perfected our music in the few years that we have met,” he said.
Chinouriri said the four-piece band, consisting of himself, Jonathan “Trigger” Chagaresango, Nkosana Hamandishe and Naphtali Chivandikwa first met at Simba Chikore and Bona Mugabe’s wedding, where they were playing together in the SINA choir that was assembled from various groups to provided entertainment.
“Individually, we have been in the music industry for a very long time playing with musicians such as Zim Praise, Sebastian Magacha and others and have toured Italy.”
The young musician, who also teaches the Saxophone at Arundel School in Harare, said In Total Band who have one self-titled album to their name so far, would use the Zambian tour to sample some of the songs on their two forthcoming albums expected around August this year.
“We are currently working on two projects, one Gospel and the other one just a jazz and classic album which we hope to release this year. Both are 8-track albums and hopefully they should be released in August,” he said.
Back home the band has been playing mainly at corporate and private functions, with some of their biggest shows being their performance at the graduation ceremony of Grace Mugabe on the attainment of her controversial doctorate and at the birthday party of Tourism Minister Walter Muzembi.Advertisement