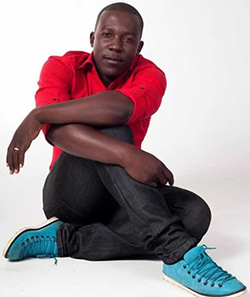 AWARD winning afro-fusion singer Alexio Kawara believes that marriage should keep artists away from scandals and other issues that make adverse news headlines thereby undermining their career.
The ‘Shaina’ and ‘Amai’ hit-maker said artists should look at their music career as a profession or a business that needs integrity.
“I try to imagine a scandalous headline with my name, how embarrassing it will be to me and all those who are proud of me right. So, we must be level headed every time,” said Kawara.
“The mistake that artists make is that they want to ride on the noise around their celebrity status and they end up thinking that they are immortal.
“I believe music is a career and what matters is how you handle it.”
Kawara who has been married for more than a decade and managed to avoid scandal and negative media publicity told NewZimbabwe.com that he was still “not a perfect person either”.
“Marriage has made me a better person both as an artist and a husband,” he explained.
“Marriage was my turnaround as it made me more responsible as an artist because you know what happens with such popularity.”
He continued: “It’s not that I am a perfect person I may also have erred and the media missed it (with a laugh).
“I also pay tribute to my wife who has supported me. She understands how some fans behave but she has made me the person that I am today.
“And I would not want to do her wrong. If I do wrong her, we have time to talk about these issues, iron them out, and move forward.
“I am not saying I am not gonna do wrong in the future but music is part of my life and I wouldn’t want to jeopardise it and my extended family.”
He warned upcoming musicians that “this idea that you are now a celebrity and can do anything you want is wrong because the world is watching every move you make both positive and negative”.
Kawara rose to national stardom in the early 2000s with a hit ‘Amai’ which was the third best song of the year 2000.
He went on to produce a string of hits, notably the song ‘Shaina’ which topped the charts and won him some awards.
To date, Kawara has won 2006 Zimbabwe Music Awards (ZIMA) – Best Male Urban Groove, ZIMA – Song of the year Tinodanana (2006), NAMA – Outstanding Album (Pfimbi Yangu) (2007) and 2008 ZIMA- Song of the year for Shaina and 2nd position for videos of the year and 2011 Victors Awards- The Most Promising Musician.Advertisement