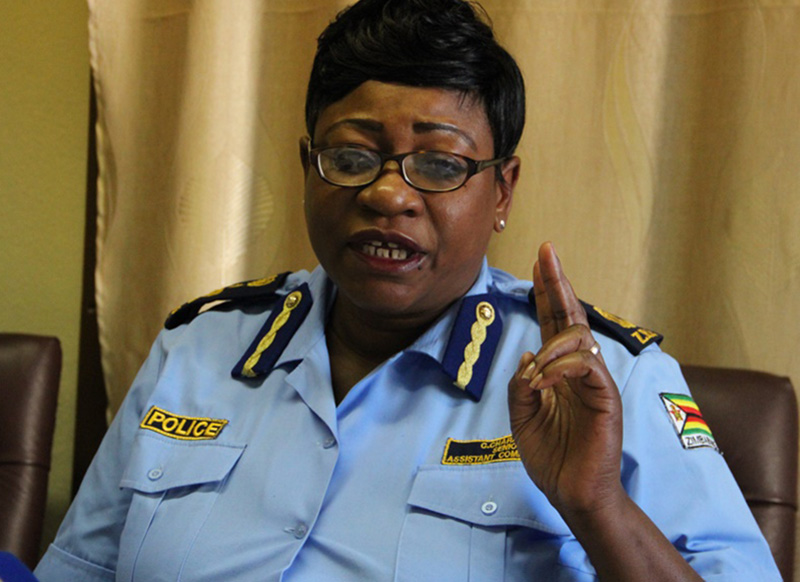 THE country’s under-fire security services claimed Saturday that deserters and criminals in stolen military uniforms were behind this past week’s murderous mayhem as international outrage increased over the government’s brutal crackdown against protestors.

Army and police spokespersons called a press conference in Harare where they claimed that criminals robbed ZRP stations last week while others bought replica military clothing in order to engage in illegal activities during last week’s protests.

The joint press briefing came a day after an army officer identified as Lieutenant Morrosi Carnage of Inkomo Mounted Regiment was arrested together with some 60 demonstrators for leading a riotous campaign in Epworth.

“The Zimbabwe Defence Forces and Security Services have noted with grave concern an increase in cases of people committing crimes whilst clad in military or police regalia,” said ZRP national spokesperson Charity Charamba, refusing to take questions from reporters.

“It is an offence for anyone to wear military regalia when they are not serving members of the Defence Forces or Security Services.”

She continued; “Some of these uniforms worn by criminals were seized by rogue elements during the recent riots in Epworth and Chegutu.

A case in point is the recent arrest of five robbers in Epworth who were using police and military regalia to commit crime.

“We are therefore giving an ultimatum to individuals who have retired, deserted, absented themselves without official leave from service to immediately handover uniforms either to the police or the ZDF.”

“They cannot expect us to believe that as state security agents they were robbed of their own uniforms and stuff.”

Zimbabwe is just emerging from its second deadly week in under six months as a nationwide stay-at-home protest called by the Zimbabwe Congress of Trade Unions (ZCTU) turned violent with angry mobs burning tyres, barricading main roads and looting shops.

The government responded by unleashing the armed police and soldiers in a crackdown which, according to human rights groups, left 12 people dead while dozens were treated for gunshot wounds.

The latest crackdown has been condemned by the United Nations’ human rights commission, the European Union and countries such as Britain and Canada.

More than six hundred people have since been arrested, including opposition leaders, with most of them being refused bail.