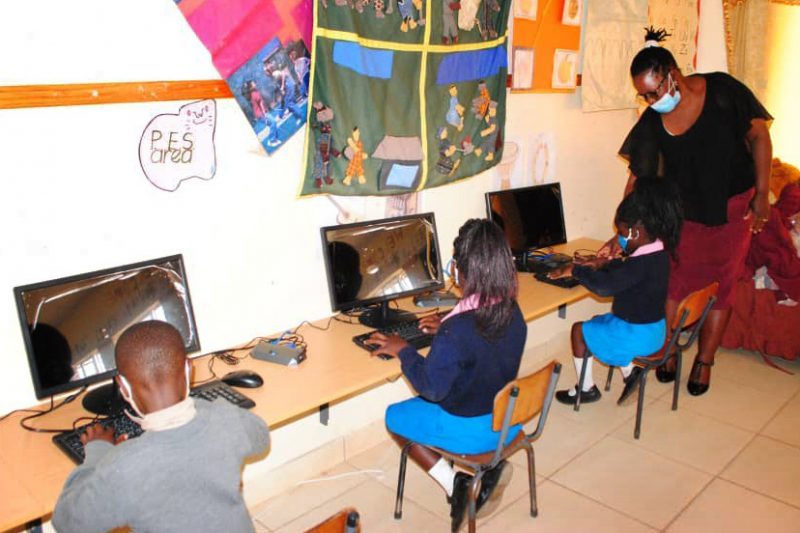 WHEN Covid-19 hit Zimbabwe and schools were forced to close in 2020, many of Avoid Munena’s friends began drifting to urban areas where there were better opportunities to access online lessons.

But the 10-year old was stuck in Manicaland’s rural Makoni District. Schooling took a back seat due to lack of access to the internet or electricity that would have allowed him to engage in online classes.

“I was just sitting at home, I had no books, and we did not have a gadget at home to connect to online lessons,” said Munena.

In a country with low internet access, Munena became part of millions of children deprived of an education as authorities feared that opening schools would result in mass infections.

Such hardships faced by rural and disadvantaged children have inspired a global project to connect schools to the internet to bridge the connectivity gap.

Zimbabwe is one of 19 countries selected to pilot the GIGA initiative, a joint project by the United Nations agency, UNICEF, and the International Telecommunications Union to connect all schools globally to the internet.

“Giga will bring the power of meaningful connectivity to fast-track young people’s access to educational resources and opportunities. Giga will make sure every child is equipped with the digital public goods they need, and empowered to shape the future they want,” said the ITU on its website, noting that 2, 9 billion people in the world lack access to the internet.

In Zimbabwe, the GIGA initiative is part of Re-Imagine Education, a programme by UNICEF and inspired by the learning crisis resulting from the impact of the Covid-19 pandemic.

About 4.5 million children in Zimbabwe lost nearly a year of their schooling because of the Covid-19 pandemic. Many did not have access to online learning platforms. According to official figures, only 6.8 percent of learners accessed digital learning across the country.

The major challenge impacting access to digital learning has been poor connectivity of schools, with only 31% connected to the internet, with limited access to electronic devices for both learners and teaching staff in most schools, according to UNICEF. According to UNICEF, the availability and vast potential of technology means that digital learning should be included in a basket of basic essential services for every child and young person.

A carnival atmosphere engulfed Dzvairo Primary School this month when officials from the government, UNICEF, the ITU, the British Embassy and private telecoms companies visited for the commissioning of a computer lab. The lab, with 30 computers provided by the government, is powered by a solar system installed under the Re-Imagine Education programme funded by the United Kingdom’s Foreign Commonwealth & Development Office.

School head, Tendai Takaendesa said the project would transform teaching and learning methods at the school.

Learners should have e-learning as a basic skill said UNICEF Deputy Representative to Zimbabwe, Zenaib Adam.

“This is the only way to equalise education across the world, especially for those in marginalised, hard-to-reach areas,” she said.

Tough lessons from Cyclone Idai which destroyed school infrastructure in parts of Zimbabwe, and COVID-19, which forced schools to close, pushed the government and partners such as UNICEF to scale up e-learning through the provision of solar systems and computers to rural schools.

More than 150 schools are set to benefit from the pilot project in Zimbabwe, said Tumisang Thabela, the Permanent Secretary in the Ministry of Primary and Secondary Education.

“There was no resilience in our education system. We had one way of offering education in our system and that face to face methodology was all we knew for so many years. It was a classroom, it was a teacher, it was the students and the learning materials and we thought that was good enough,” said Thabela.

“Cyclone Idai came. It showed us that it was not guaranteed that we would continue being in schools because school could be totally unreachable. When Covid 19 came, we found ourselves in trouble,” she said.