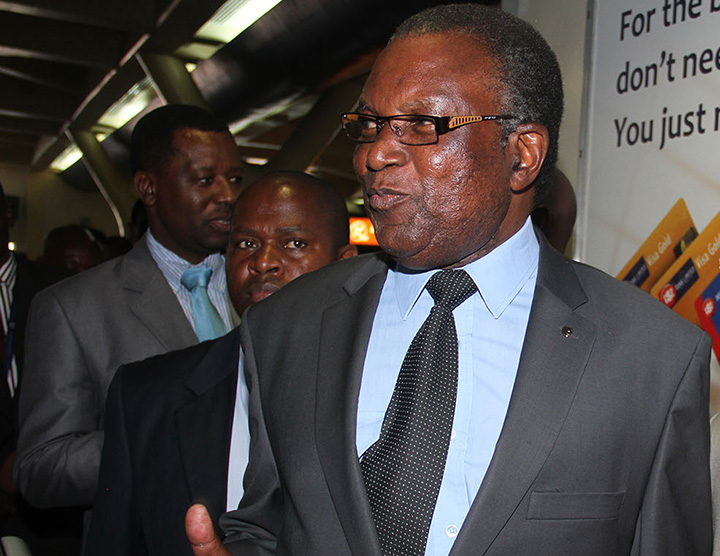 A SENIOR manager at the Civil Aviation Authority of Zimbabwe (CAAZ) is pushing for the direct appointment of Indra Sistemas SA PL of Spain (Indra) to implement Zimbabwe’s Airspace Management systems.

This comes after a Supreme Court ruling Judgment No. SC 45/16 January 28, & Civil Appeal No. SC 631/14 of October 28, 2016, whereby the matter was remitted to the State Procurement Board for the invitation of a fresh tender. The CAAZ Board had previously resolved to have a new tender floated in line with the Supreme Court ruling.

In January 2017, Ministry of Transport and Infrastructural Development MOTID claimed that Indra made an unsolicited approach to them to raise US$33 million as vendor financing through a company called HOMT of Spain to Indra supplying the system.

The original project was costed at US$20 million but is now pegged at $33M.

Ironically, Gumbo said that CAAZ lacked capacity although CAAZ had already put in measures to fund this project.

Gumbo’s approach was also against the Public Management Finance Act and main tenets of the Corporate Governance Bill as it completely by passed the then CAAZ Board.

The same ministry officials appear all over the Zimbabwe Airways comical debacle as directors.

The proposal mentioned financing at London Interbank Offered Rate (LIBOR) plus 2 to 4% per annum over 10 years.

Subsequent meetings were held with the Indra representative Carlos Martinez resulting in the Reserve Bank approving the loan on behalf of Government.

There is no clarity whether this agreement met risk acceptance criteria.

The Project was expected to have an 18-month implementation timeframe.

Gumbo also facilitated the waiver (attached) with State Procurement Board under ref SPB/A/27/1 dated 7th November, 2017 and signed by Samson Mutanhaurwa which stated that, “…it was observed that the systems being offered by Indra Sistemas of Spain include a funding package and the Accounting Officer confirmed that the proposal meets the required specifications.”

However, Indra has been walking the streets of Harare going from bank to bank (including Standard Chartered Bank and MBCA now Nedbank) trying to raise the money on behalf of CAAZ suggesting that Indra never had funding or the ability to bring the requisite nostros. 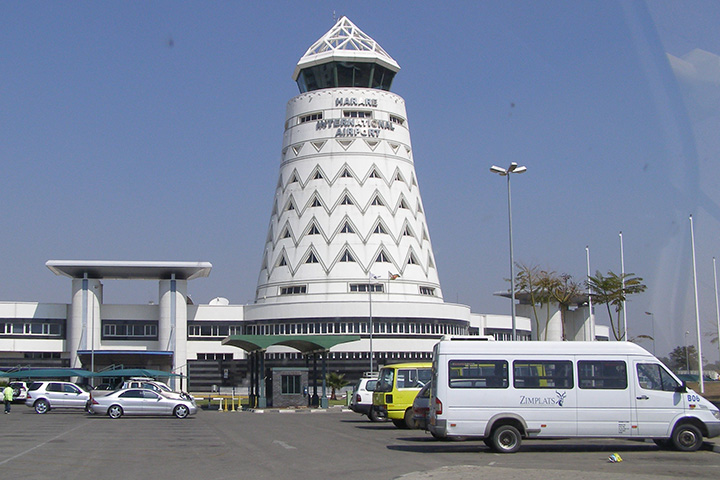 The CAAZ Board had also advocated for a multi-product and source procurement approach to avoid a repeat of what had happened under EU sanctions whereby parts could no longer be procured from the then single provider, Thales Group of United Kingdom, resulting in the current serious dark skies prevailing in the Zimbabwean airspace.

The appellant to the deal, Selex ES p.A.V represented by Fadzayi Mahere appealed against the entire judgment of the Administrative Court which dismissed the appellant’s appeal against the award of a tender to the second respondent, Indra Sistemas SA PL by the first respondent, the State Procurement board.

CAAZ, the third respondent, did not file heads of argument opting to abide by the court’s decision as a neutral party.

Judges ZIYAMBI JA, PATEL JA & BHUNU JA ruled “the 2nd respondent [Indra] failed to comply with the mandatory requirements of tender No. CAAZ/DANTS/1/13 for the supply and installation of an Air Traffic Control Radar Surveillance System.

(ii) Accordingly, the award of tender No. CAAZ/DANTS/1/13 for the supply and installation of an Air traffic Control Radar Surveillance System to the 2nd respondent be and is hereby set aside.

(iii) Any contracts entered between the 2nd and 3rd respondents pursuant to the award of tender No. CAAZ/DANTS/1/13 to the 2nd respondent be and is hereby declared invalid and is hereby set aside.

(iv) The certificate issued in terms of section 44(2) (b) of the Procurement Act [Chapter 22:14] by the 3rd respondent pursuant to the award of tender No. CAAZ/DANTS/1/13 to the 2nd respondent be and is hereby set aside.

(v) The matter is hereby remitted to the State Procurement Board for the invitation of a fresh tender.

(vi) The 1st and 2nd respondents shall pay costs of this appeal, jointly and severally, the one paying and the other to be absolved.”

Notwithstanding the supreme court ruling, in a letter attached below dated November 7, 2017 written by Acting Principal Officer for State Procurement Board, S. Mutanhaurwa to the Deputy Chief Secretary of the President and Cabinet Office citing, “…serious funding challenges” as the reason for resolving the deal through PBR 1109.

“There is no objection” to the Accounting Officer’s request for direct engagement of Indra Sistemas of Spain for the Supply, Delivery and Installation of Airspace management Systems to CAAZ for Euro 27 900 OOOM ($33M) …”

Indra’s proposal appeared to come with some form of Government funding from a company called HoMT that was yet to be approved.

Chawota and the Permanent Secretary were copied in the correspondence.

Selex had approached CAAZ through the Ministry of Transport in 2016 but this was not taken any further by the Board due to the Supreme Court ruling which upheld the fresh tender ruling following a multi-source approach that had been cleared by the security arms.

However, Indra appears to have the right political backing as it has progressed further regardless of the court rulings.

With the new concessional loan for the Robert Gabriel Mugabe International Airport from China Exim Bank which has an allocation for airspace management systems, it will be interesting if the controversial Indra deal remains or a fresh tender will commence and whether state security clearance has been given according to sources privy to the goings on. 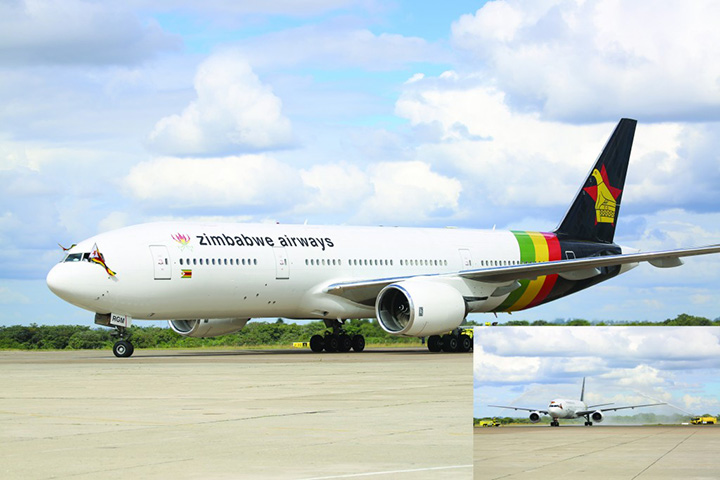 This follows the Zimbabwe Airways controversy to which the Minister is said to be involved and also Chawota’s long contentious 20-year reign at the helm of the County’s airports.

Chawota has been dismissed by the Authority’s Boards 3 times but, like a cat, he finds his way back through political means. He has been suspended on allegations of incompetence and also accused of issuing CAAZ contracts to a company in which he is a director. He has been at CAAZ for 34 years. The same officials are involved in the murky Zimbabwe Airways deals.

Officially, Zimbabwe Aviation Leasing Company (ZALC) owns Zimbabwe Airways but its Directors were unknown because its registration file was pulled out of the company’s registry where it should be a public document.

Fortunately, after some footwork, the file was found this weekend. Some of the people who are involved in the Air Traffic control deal are directors of Zimbabwe Airways. ZALC is registered through a lawyer, Philippa Philips who recently represented Gushungo Dairies in a different matter involving gold panners who had sued Grace Mugabe. The airline was allegedly using a property owned by Gumbo’s niece, Mavis Gumbo as its office complex.

Minister Gumbo has not issued an honest statement regarding the ownership of this airline. He initially said that he was only a facilitator and that it was a private investment deal. Finance Minister Patrick Chinamasa said that the government owned the planes and the company.

The purchase price of the planes bought from Malaysia Airlines has been pegged at $41M. The Zimbabwe Airways planes were in service from 1997 making them 21 years old. Delta Airlines was offered ten-year-old 777-200ers for $10M in 2015. The ongoing average market price for a B777-200ers which is more than 15-years-old is around $7 to $10 Million.

So, in some of these deals it is either there is incompetence involved or the deals are used as a way of stealing money from the taxpayer. This is the taxpayer’s money in a country that can’t look after its vulnerable. The sick are dying on hospital trolleys and yet Minister Gumbo doesn’t see it fit to give an honest explanation.

Earlier in the year, the Office of the Presidency and Cabinet publicly called on all parastatals and State Owned Enterprises to submit their remuneration packages. Documents seen show that CAAZ remains in breach of this as they have failed to submit these details to the OPC.

A series of correspondence between the OPC, The Ministry of Transport & Infrastructural Development (MOTID) and the CAAZ Board show that on the 30th of January, the CAAZ Board stated that amongst many other serious issues, “…the Board has been requesting (CAAZ) management to unpack the total cost to employer remuneration concept for Senior Managers as it obtains in other Parastatals and State Enterprises. The Board is of the opinion that that a forensic audit will unpack this remuneration package”.

Another notable issue was that “…the Authority is inundated with a plethora of litigations and the Board is of the opinion that the procurement procedures for the radar and surveillance equipment were being breached”.

In a response by Minister Gumbo declining the Board’s request and seemingly to being on the side of management on the 19th of February, he accused the board of overstepping.

“As matters stand, my office is tempted to conclude (that) the Board is trying to abrogate its duties to a Forensic Audit”.

The Minister then swiftly neutralized the Board by terminating some of the Board members’ appointments citing gender rebalancing under Section17 (1)(b)(ii) of the Constitution.

She was moved from the Board of the loss making and labour relations-stricken Air Zimbabwe and became the CAAZ Vice Chairperson.

The CAAZ board also refused to renew the contract of the Human Resources Director, Margaret Mantiziba, sighting incompetence and dire performance. The Minister wrote to the board instructing them to reinstate her.

When corruption is allowed to thrive, it destroys the social fabric of a society resulting in mothers dying giving births, citizens dying on hospital trolleys, constant strikes by frontline workers such as doctors, teachers and nurses because the money meant to pay their salaries would have been diverted to private pockets.

We have a role as citizens to expose public officials who are involved in corruption otherwise we will be taking part in the destruction of our country and its future by keeping quiet. We have legitimized corruption by taking part in it either as drivers or receivers of corrupt enterprises.

Whenever corruption happens it deprives communities of a better life, children go to bed hungry because their father had to pay a bribe to a corrupt law enforcement agent.

Unfortunately, some of our government ministers are swimming deep in corruption oblivious to what it does to hospitals that go without medicines and the crippled that have no wheel chairs.

Hopewell Chin’ono is an award winning Zimbabwean journalist and documentary filmmaker. He is a CNN African journalist of the year and Harvard University Nieman Fellow. His next film, State of Mind looking at mental illness in Zimbabwe is coming out soon. He can be contacted on hopewell2@post.harvard.edu or on twitter @daddyhope