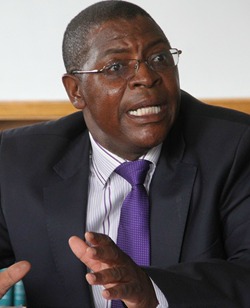 GROWING up in Rhodesia as a rural boy in a largely farming community, the sight of someone then commonly referred to as a ‘demonstrator’ – colloquially termed ‘umDomeni’ by villagers was a regular occurrence in my village. The abaDomeni tended to be lovable, kind men whom everyone loved talking to, always neat, courteous and riding either a bicycle or motorcycle.
AbaDomeni were state employees residing in nicely painted government houses surrounded with lush green fields. They lived what they demonstrated – exquisite farming skills backed by an overtly keen sense of conservation. I should know better as I encountered this on a daily basis.
My former school, Makhulambila Primary School is some 5 kilometres from my homestead and every school day, 5 days a week for 7-years, I would run the 5 kilometres to school, in summer through some 3 kilometres of lush maize fields belonging to villagers in Maboleni and Makhulambila villages at the end of which lay a compound with some 10 or so bricks under tile houses where the abaDomeni lived and once one ran past their compound neatly surrounded by their demonstration plots with maize, guavas and mangoes, one went straight into a forest of mainly mopani trees for the last 2 kilometres to school.
Ironically today if you run up and down the same dust roads and pathways I ran through between 1968 and 1974 the first thing that will strike you is that the place is totally unrecognisable. Gone are the maize fields replaced by a sprinkling of unstructured and unplanned homesteads with no symmetry of any kind with the owners having come from elsewhere and bought “amakandiwa” one by one from this and that villager. The “amakandiwa” now stand out in sorry states of neglect and disuse.
The Mopani forest is long gone, replaced by gullies, evidence of acute soil erosion. The “abaDomeni” compound lies abandoned in a pathetic state of disrepair and neglect still carrying the lilac green paint now peeling off, last applied in Rhodesia. It symbolises just how we have fallen as a nation which has given rise to the array of current citizens actions against the Zanu PF government which has brought us to this sorry state.
I have started this week’s piece around the concept and notion of how abaDomeni so successfully “demonstrated” and imparted agricultural knowledge and skills in Rhodesia so as to make the point that when you demonstrate something, you impart a skill to a second or third party who should use it for specific outcomes.Advertisement