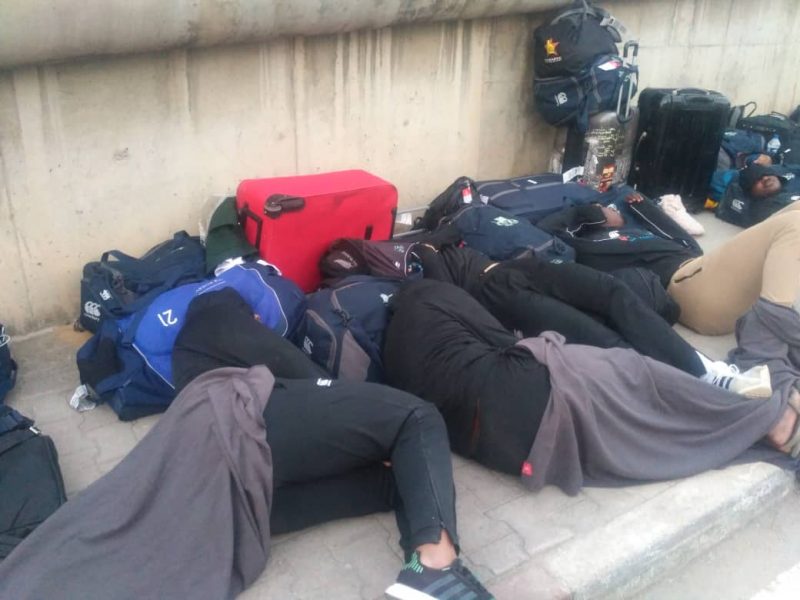 TUNISIA shocked Zimbabwe with a 18-14 victory in their Rugby Africa Gold Cup match in Beja on Saturday.

The hosts had slumped to a 118-0 defeat in their previous match against Namibia two weeks ago, but they gave an inspired performance against Zimbabwe.

Just 6 minutes into the game, Tunisia received a penalty but Mohamed Ali Gafsi missed the attempt.

Tunisia however took the lead on 24 minutes when Mohamed Mliss scored a try, which Ali Gafsi, failed to convert.

Tunisia’s lead was short-lived. Three minutes later, Lenience Tambwera opened Zimbabwe’s scoring with a try that he also converted to put the visitors 7-5 ahead at half time.

Tambwera scored his second try 11 minutes into the second half and with the conversion they went 14-5 ahead.

Ali Gafsi however succeeded with a penalty six minutes later and when Issam Ouerhani scored a converted try four minutes later, Tunisia had regained the lead at 15-14.

In the final minutes of the matc, Tunisia were able to secure their victory after they scored 3 more points before the referee blew the final whistle, officially awarding Tunisia the match points. Tunisia coach Ahmed Guerbech shared his excitement after the match.

“On the international level, we beat Zimbabwe last year,” he said.

“We prepared well for this game. We still have three more games that are not going to be easy, two of which are away games. Today, we are guaranteed an 80 percent chance of staying in Group A.

“The players spared no effort and they were true gladiators on the pitch, they made sacrifices by leaving everything behind and joining the team. Bravo to the team,” he said.

“Each time we made a mistake, it got Tunisia back in the game. We lacked composure. Tunisia took advantage of that window of mistakes, but thats what sport is about – when you are given an opportunity, take it and go for it.