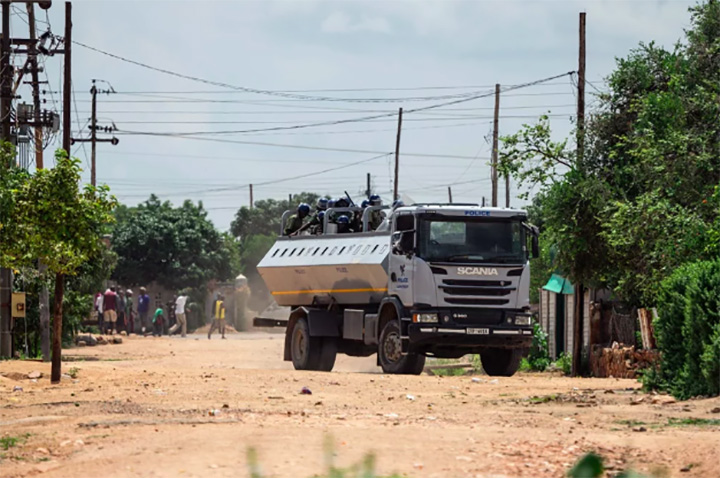 Harare on Wednesday acknowledged accusations that its security forces engaged in “systematic torture” during a crackdown on anti-government protests, saying there were lessons to be learnt from the operation.

In a blunt statement issued on Tuesday, the government-appointed Zimbabwe Human Rights Commission accused the security forces of “systematic torture” and lambasted the authorities for using soldiers to curb civilian disturbances.

It was the first time the government had reacted to the damning report from the government-funded commission which was created nine years ago.

“In every situation of conflict, there are lessons to be drawn,” he said, responding to a question about what the government had learnt from the crackdown.

But he also warned there would be no tolerance for any further unrest.

“We will not have the mayhem that we saw last week – never again,” he said.

“If you decide to dabble on the wrong side of the law… the law comes back to hit you.”

Last week’s protests, which lasted three days, saw people taking to the streets in outrage over a government move to more than double fuel prices, prompting a ruthless crackdown by security forces that claimed up to a dozen lives.

But Charamba admitted that the brutal response had sullied the country’s image.

“It’s been a damaging week for Zimbabwe,” he said.

The Human Rights Commission said at least eight people had been killed in the unrest, mostly by gunfire, but rights groups put the toll at 12.

The violence prompted President Emmerson Mnangagwa to cut short a foreign tour which was to have taken him to the World Economic Forum in Davos.

After flying home late on Monday, he pledged to investigate the security forces over any misconduct.

“If required, heads will roll,” he said on Tuesday, while also condemning the protests for involving “wanton violence and cynical destruction.”

At his first public engagement since returning, he swore in a new prosecutor general, Kumbirai Hodzi, on Wednesday morning.