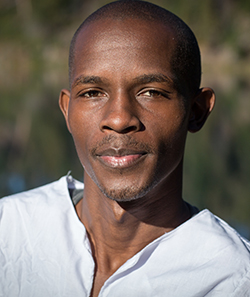 INTERNATIONAL touring Afro-folk musician, Munyaradzi Nyamarebvu has been selected as one of the 12 finalists for the African Dreams Show, a French arts initiative dubbed the Le Reve African Pepites Show.
The show’s main objective is to engage and manage African artists who are developing at international, increase the artist’s sale of his creation as well as to organize sold out shows and market their brands.
Fans across the globe will now vote for the three top projects that will be ambassadorial musicians and will integrate with their network and develop internationally.
Nyamarebvu appealed to Zimbabweans to vote for him in the voting process that runs until November 20 via Face Book, saying his selection would open more doors for him.
“(It is) an opportunity that l am very excited about as it will open more doors for my brand,” he said.
“The committee of the Dream Show spotted 12 projects/bands amongst 288 others from within Africa and it is basically now the turn of the web users to vote in order to sort out the 3 projects which will integrate with their network in 2017 and develop internationally.”
The musician is fresh from the sixth edition of the One Beat, a residency programme which took him on a 42-day tour of the United States of America where he made music with 25 musicians from 17 countries.
It was during this tour that he sought to do collaborations with musicians from different countries and recorded his song, Ngatidanane.
“As l was on sabbatical at the Caldera Arts Center in Oregon near the Blue Lake and during a tour in Jackson Wyoming, Idaho and finally Colorado USA, l took the time to work on my personal project which involved collaborations with 13 different musicians whereby I engaged with them to do separate collaborative pieces on my song titled Ngatidanane.
“I did 13 filmed and documented versions of this beautiful tune all exhibiting different worldly musical cultural sounds and interpretations!
“I have since started editing the documentary which will include these collaborations and behind the scenes footage as well as interviews from these fellow musicians as well as fans, sound engineers and events organizers from the US basically speaking their thoughts about my project.”
Advertisement

Munya said the project was meant to use music to motivate change globally through the “Let’s give peace a chance” banner, adding that his upcoming album would also be titled Ngatidadane.
“In addition, l managed to do an official video with the help of Found Sound Nation and One Beat cinematography crew, this official video features the beautiful different faces and races of the world and truly exhibits the joy of what it is to have peace and love amongst humanity. This official video (Ngatidanane) is scheduled for release before or after the album release of Ngatidanane the album,” he said.
Some of the international musicians that he did collaborations with at Caldera Arts Centre in Oregon include Lívia Mattos (Brazil): accordionist, Johanna Amaya (Colombia): percussionist, Rayhan Sudrajat (Indonesia), Gideon Crevoshay (USA), Yu Hsin Chang (Taiwan), Aisaana Omorova (Kyrgyzstan), Mehdi Qamoum (Morocco) as well as composer and guembri player, Jan Kruzliak (Slovak Republic).
Those wishing to vote for Munyaradzi can visit http://www.lereveafricain.com/  and click the message “Icon” under Munyaradzi Nyamarebvu’s profile.