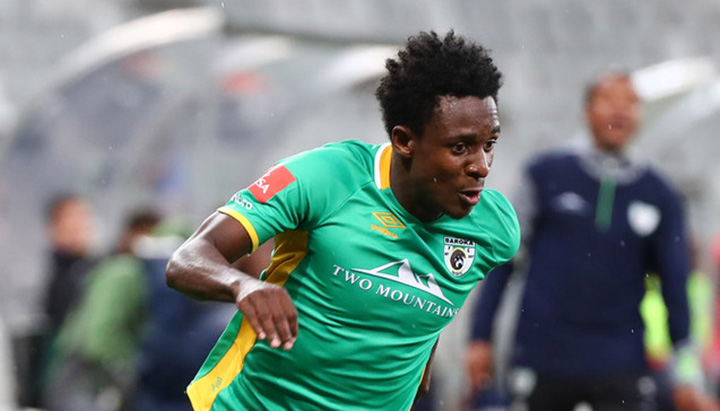 SOUTH Africa: While reports suggest that a deal may have been struck, Chawapiwa’s agent Michael Ngobeni tells Goal that he’s unaware.

After releasing a number of players, reports suggest that Zimbabwe and Baroka FC winger Talent Chawapiwa could be on his way to Kaizer Chiefs.

While reports suggest that the deal is close, Chawapiwa’s agent Mike Ngobeni of M-Sport Management has denied any knowledge of talks between the two clubs.

The Bakgaga Ba Mpahlele player is currently on holiday in Zimbabwe after he was given a two-week break by his club following their 2018 Cosafa Cup campaign where they emerged as champions for two years in a row.

In his maiden season in the PSL, Chawapiwa showed impressive displays for his club and attracted interest from a number of clubs, including Mamelodi Sundowns, Orlando Pirates and Amakhosi among others.

“If there’s a deal happening then it’s between the two clubs – Baroka and Chiefs,” Ngobeni told Goal when quizzed about the reports.

“I’m not aware of any deal in place or talks. Baroka haven’t told me anything and so has Chiefs,” he added.

“I would like to repect both clubs, and they will inform me if there’s anything happening, but for now, there’s nothing on my table,” concluded Ngobeni.

Meanwhile, speaking to News Day, Chawapiwa said he will hear from his representative if there’s any team that’s after his services.

“I’m still to hear from my manager. At the moment I’m focused on my rest, and my agent deals with those issues,” the player told News Day.

“I have heard the rumours and will know more when I get back to South Africa. But they (Kaizer Chiefs) are a big club, and it’s a dream for most players to play for them,” Chawapiwa concluded.

Chawapiwa is a threat on the wing and impressed for Baroka after featuring a total of 29 times in all competitions, contributing a goal and five assists.

Amakhosi are yet to announce a new coach, but have since parted ways with Tsepo Masilela, Edmore Chirmbadare, Keagan Buchanan and William Twala among others.