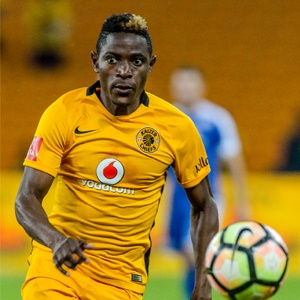 SOUTH Africa: Kaiser Chiefs striker Mitchell Katsvairo is unsettled at the club following a disappointing 2016/17 Premier Soccer League (PSL) season.
The 27-year-old frontman, who joined Amakhosi from Zimbabwe club Chicken Inn in June, 2016, made 12 league appearances – netting once in the process.
His agent Michael Ngobeni has since revealed that Katsvairo is open to leaving Amakhosi on loan.
“The chances of Katsvairo playing for Chiefs next season are slim,” Ngobeni told Isolezwe.
“He is not happy at Amakhosi since he is not playing,” he stressed.
“We are currently looking for a team that Chiefs can loan him to so that he can get game time,” Ngobeni continued.
“We have not informed Chiefs of the team that we are talk to,” the agent added.