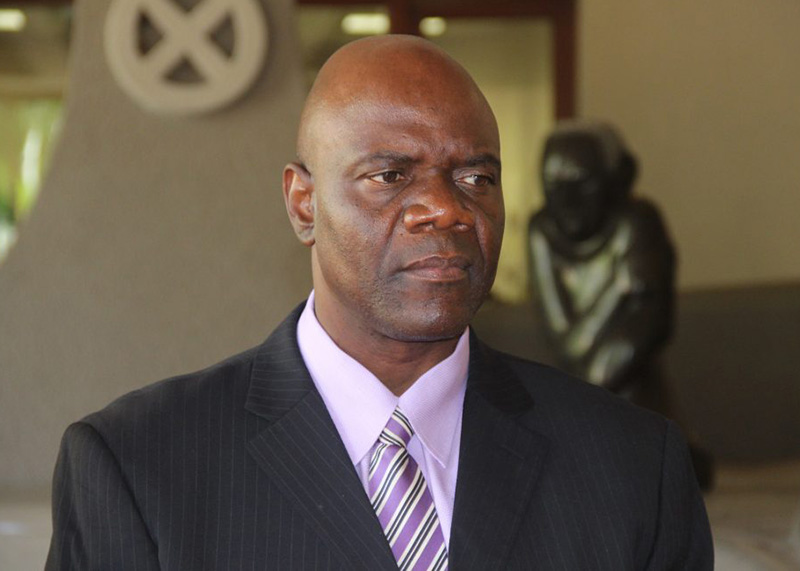 FORMER deputy prime minister Professor Arthur Mutambara has told a British audience that the mooted “ever-closer African Union” was “despicable” and instead suggested that a “United States of Africa” would be more beneficial to Africans.

Speaking at the Oxford Union Debate Society, University of Oxford in the UK, Mutambara said: “I stand before you in unequivocal and vicious opposition to the proposition that says: ‘This House would embrace an ever-closer African Union’.

For a start, we need the United States of Africa – a country – and not a union of sovereign states. We need to abolish national sovereignty and embrace continental sovereignty.

“We must pull our individual national sovereignties into one indivisible and all-inclusive Pan-African sovereignty. In order to leverage Africa’s 1.2 billion people, massive natural resource base, and potential $2.3 trillion GDP, we need to operate as one country and not a union of sovereign states.”

Mutambara made his remarks last Thursday amid mounting international criticism of Zimbabwe’s government which used the army to shut down protests sparked by astronomical fuel hikes.

At least 12 people were killed in the violent and brutal clampdown that left many others injured. Doctors in that country said they treated 68 people for gunshot wounds.

More than 1,000 people have been arrested in the aftermath of the protests, as the Zimbabwe government moves to silence critical voices.

“We need one government, one head of state and government, one legislature and one judiciary system. China, India, and the US are doing just fine with one national leader (President or PM),” surmised Mutambara.

We surely do not need 55 heads of state in Africa. As a minimum, we should have a federation of all the African states with devolved authority but driven by one strong and overarching central government where all sovereignty is reposed, as is the case with the United States of America.”

Mutambara said even more appealing and effective was the possibility of transforming the entire continent into a unitary state as is the case with China and India. He said an ever closer AU would deliver neither the federated arrangement nor the unitary entity.

“You cannot expect the 55 African leaders to commit political suicide and legislate themselves out of existence. Each one of them wants to be a president or prime minister even it means presiding over starving and disempowered people,” argued Mutambara, who was deputy prime minister of Zimbabwe’s unity government from 2009 to 2013.

They all want to be presidents of sovereign nations at the expense of the socio-political and economic advancement of ordinary Africans. An ever-closer African Union will continue to accommodate these perverted and delusional ambitions of our African leaders.

“They have national budgets, visions, strategies, policies, elections, mandates, manifestos, and implementation plans. AU programmes such as Agenda 2063 are neither referred to nor reflected in these national ambitions, plans and programmes. The central organising framework is the individual African state and not the African continent.

“This is despicable. It is unacceptable.”

He said that in the great debate between Kwame Nkrumah and Julius Nyerere in 1963 at the formation of the OAU – on whether to move quickly and unify into the United States of Africa or consolidate African states first and gradually integrate the continent through regional blocs – Nkrumah, a proponent of the former, was right, and Nyerere, an advocate of the latter, was wrong.

“Gradualism, a brick-by-brick approach, and slowly developing regional blocs towards continental integration have not produced the United States of Africa. The doctrine of an ever closer union of African states has failed for the past 56 years,” he said.

Yes, the United States of Africa looks overly ambitious, if not impossible. It is precisely for this reason that we should aspire towards it. As South African president Nelson Mandela taught us: ‘It always looks impossible until it is done’.

Mutambara concluded by saying: “We must unshackle ourselves from paralysis by analysis. No guts, no glory. As Africans, we reject an ever-closer AU and embrace the United States of Africa. Such a framework will enable us to advance our socio-political and economic aspirations across the continent dramatically”.