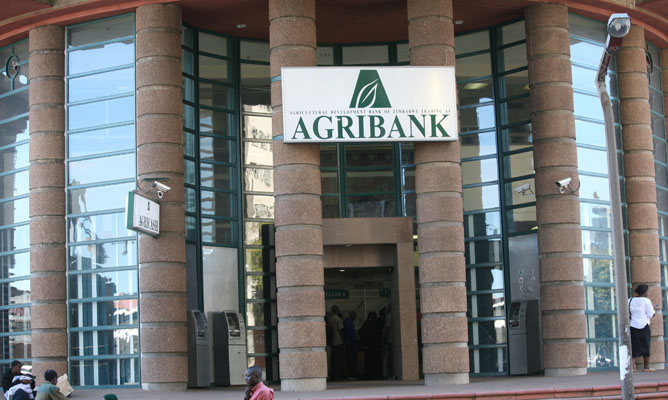 HARARE: State owned Agricultural Development bank of Zimbabwe (Agribank) on Monday reported an annual after tax loss of $5, 8 million compared to $9 million last year.
Chief executive Sam Malaba told an annual general meeting that the bank had closed down 2 branches and retrenched 112 employees (20 percent of staff) in a rationalization exercise which cost the bank $4, 3 million in retrenchment costs.
The bank expects to save $2, 2 million annually from the exercise, he added.
Operating expenses grew by 14 percent to $26 million mainly attributed to the retrenchment.
The bank managed to sell of non-performing loans (NPLs) valued at $17 million to government’s bad debt special purpose vehicle, ZAMCO. This lowered its bad debt ratio to 13, 9 percent against the industry average of 11 percent.
Malaba said the bank would next month go the market to raise $20 million through the issue of Agrobills.  This follows a similar issue last year which raised $20 million.
As at end of May this year the bank’s capital stood at $34, 6 million.
“It is imperative for the bank to have a strong balance sheet so that it can raise lines of credit from regional and international financial institutions as well as medium and long term funding for agriculture,” Malaba said.
The bank was removed completely from the United States’ Office of Foreign Assets Control (OFAC) sanctions list in February and is now seeking engagement with development partners to access new lines of credit.
Agribank grew its loan book by 47 percent to close 2015 at $113 million. Malaba said at least 40 percent of the bank’s lending was to agriculture.Advertisement