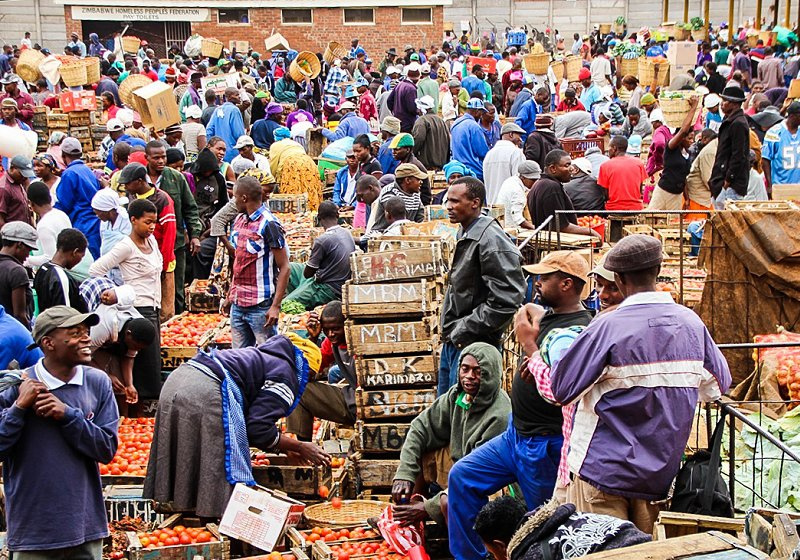 The rotten tomatoes are inevitably thrown away to form mounds of bio-waste around main trading markets across Manicaland, a horticultural hub.

Small holder farmers from rural Manicaland province are major suppliers of farm produce within these markets.
They have poor storage facilities and lack processing options resulting in lots of harvested tomatoes in the Southern African nation being wasted.

In an interview with NewZimbabwe.com recently, Ludgate said small holder farmers’ marketing strategies in Zimbabwe need to be improved inorder to avert rampant food losses and waste within the agriculture value chain.

“A lot of small holder farmers’ produce is not taken to the market early enough so that it is not spoilt, so you get waste and that’s very bad. Probably, I would not be surprised if they get 20-25% waste from the
tomatoes alone,” he said.

“You see a lot of people selling tomatoes along the side of the road, yet those are just the middlemen. The farmers need to take the produce from the field and put it into packages right away, within a few hours.

“Those packages should go into the stores like OK and Pick and Pay by the end of the day so that fresh produce can get to the stores much quicker,” said the US expert.

He added that food waste could be reduced by supporting entrepreneurs to venture in value-addition by processing locally produced tomatoes into high quality tomato paste, which can earn the country much-needed foreign
currency through exports.

“They can make tomato juice which is very common, squeeze the tomatoes and make juice or cook them and make a paste.

“The government should help and facilitate that. The farmers have a lot of ideas and initiatives. We have bright Zimbabwean business persons who can set up tomato processing facilities. They can do that through support from government to set up such businesses. They need low interest finances so they can get started, that will be very
helpful.’’

The Food and Agricultural Organisation of the United Nations (FAO) estimates food losses in sub-Saharan Africa translate to a cost of US$4 billion a year.