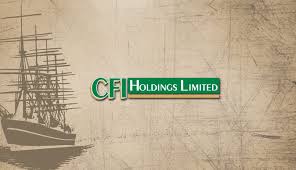 HARARE: CFI Holdings’ subsidiary, Crest Poultry Group (CPG) is seeking $5 million from shareholders for working capital to restart operations at its Agrifoods unit.
Agrifoods, Crest Poultry Group and Manicaland Farmers are CFI subsidiaries which were placed under provisional judicial management on August 3 this year, with Reggie Saruchera of Grant Thornton as judicial manager.
CPG has six business units, including Agrifoods with group’s total assets worth $7,3 million against total current liabilities of $36 million at the time.
During a creditors meeting at High Court on Wednesday, Saruchera said the group need $5 million to restart operations at Agrifoods.
The judicial manager has so far shut down CPG’s poultry units which have not been viable in the past five years.
“Going forward, Agrifoods will run as a stand alone business and will not be affected by intergroup transactions,” said Saruchera.
Agrifoods revenue is expected to reach $27 million, with gross profit of $4,9 million in the first year of judicial management. Its revenue stood at $3,3 million in July this year and has been declining in the prior years due to non-payment for supplies and inadequate working capital.
CPG creditors resolved to put CPG under final judicial management to turnaround business and recover their monies.
Scheme of arrangement is expected to be implemented in April 2017.
External creditors are expected to be paid within three to four years while intergroup creditors will be paid after full payment of external creditors.
Upon liquidation, CPG will pay 100 percent to statutory creditors, employees will get 30 percent of dues while concurrent creditors get nothing.Advertisement