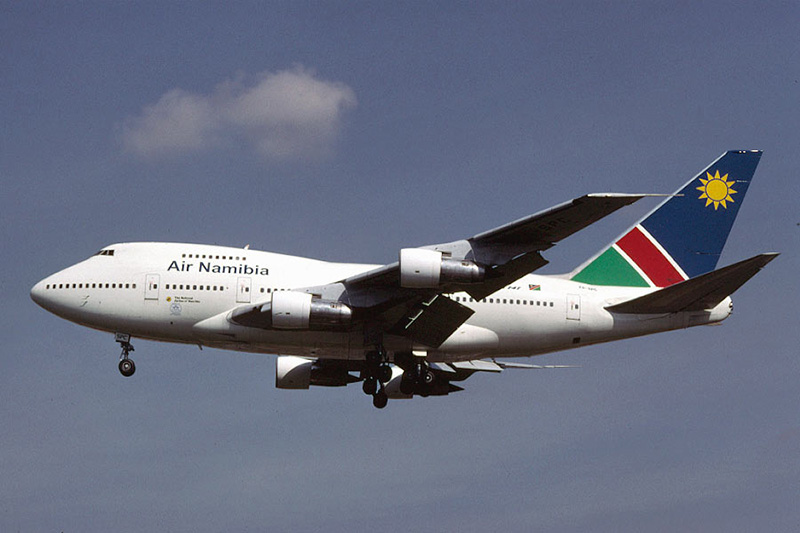 AIR Namibia has cancelled flights to e, Zimbabwe as an interim measure after one of its aircraft was impounded by authorities in Harare last Friday.

A plane Air Namibia was leasing from West Air – a V5-WEB – was impounded as a result of a pending court case brought by five Zimbabwean nationals against Air Namibia.

Earlier this year, the media reported that a family claimed they had visas from the Turkish consulate in Harare to travel to Turkey via Frankfurt.

Air Namibia, however, reportedly received instructions from the German immigration officials in Pretoria not to allow the passengers onto the flight.

The family then sued Air Namibia in the High Court of Zimbabwe for US$1 million, and requested that the sheriff be directed to attach any of the airline’s moveable property at its town office in Harare, as well as to impound any of the airline’s aircraft landing in Zimbabwe.

In a statement Tuesday, the airline’s spokesperson, Paul Nakawa, said flights to Zimbabwe would be cancelled pending the finalisation of the matter.

“The airline has resolved to divert the current flights between Hosea Kutako International Airport and Victoria Falls to Livingstone, Zambia, for the period 6 October 2018 to 27 October 2018.

“We trust that Air Namibia can count on the continued support of its passengers, and we continue to strive for the most professional and pleasant experience for our passengers,” he added.

Nakawa stressed that the airline has invested significantly in Zimbabwe by having flights to that country yearly, and even at a time when that country’s economy was in tatters, Air Namibia continued flying there to support it.

“To date, we remain one of the very few airlines promoting Zimbabwe as a tourist destination as part of the Southern African Development Community, and in line with our mandate for the development of the region.

“As an airline, we operate in compliance with international safety and other regulatory requirements. Hence, the reason why Air Namibia is one of the few African carriers permitted to fly in the European space, and further to be granted rights to fly to the United States via our codeshare agreements.

“The matter at hand is the case of Zimbabwean passengers who were travelling as a family with visas obtained from the Turkish consulate in Harare. The family failed the security test, and were denied boarding to fly to Frankfurt, and subsequently sued Air Namibia,” the spokesperson explained.

The five applicants brought action against Air Namibia on 14 March 2018. On 21 March 2018, Air Namibia’s lawyers filed a notice of opposition that the claimants did not meet satisfactory immigration requirements to proceed with their travel, among other issues.

“After more than three months with the claimants not having filed any answering affidavits, Air Namibia’s lawyers on 22 June 2018 filed an application to have their case dismissed, and the family was served with the papers on 27 June 2018. They were supposed to respond to it within 10 days.

“Air Namibia proceeded to instruct the law firm Honey and Blanckenberg to represent the airline with respect to the matter,” Nakawa noted.

He added that efforts are currently underway by the law firm to appeal to the Zimbabwe supreme court.

“With reference to the turn of events above, our position is that the family’s claim is baseless as we have done everything within the ambit of industry practice, standards and norms.

“As an airline, we reserve the right to refuse passengers on our flights if they fail to meet the immigration requirements of the countries we fly to, as that will be contravening international immigration laws.

“If the Zimbabwean system allows and supports such lawlessness, they are a risk to us, and we will be consulting our mandate holder on our future as far as flights to Zimbabwe are concerned.”