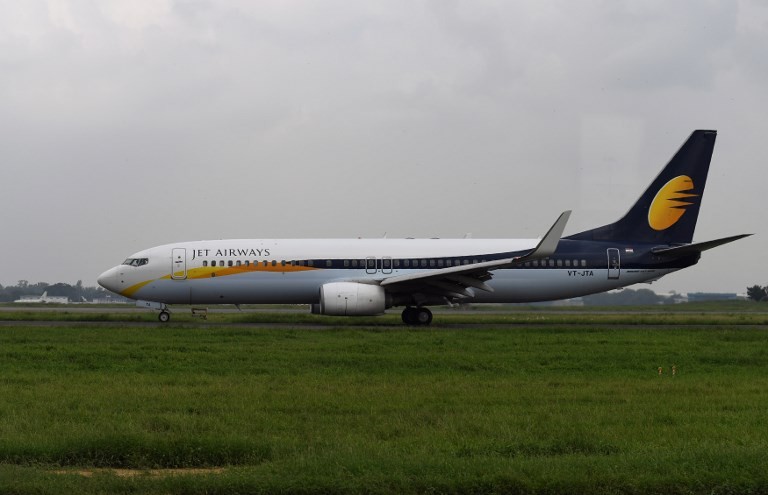 A cockpit mix-up left more than 30 passengers on an Indian plane bleeding from their ears and noses Thursday after the crew reportedly forgot to flick a switch regulating cabin air pressure.

The Jet Airways flight to Jaipur had to turn back due to loss in cabin pressure, the airline said, with travellers describing “panic” on board.

The plane carrying 166 passengers landed back in Mumbai and those affected were given medical attention while alternative flights were arranged, Jet Airways said.

The flight crew “has been taken off scheduled duties pending investigation”, the company said in a statement.

People on board posted photos and videos of the calamity online, with one purported passenger, Darshak Hathi, uploading footage on Twitter showing travellers using oxygen masks.

“Panic situation due to technical fault in @jetairways 9W 0697 going from Mumbai to Jaipur,” he tweeted, adding that all passengers were safe.

Another traveller said the pilot did not make any announcement other than that the flight would turn back to Mumbai.

“I was in the business class and the oxygen mask came down suddenly. One passenger came running from the back asking everyone to put on the masks,” he told the NDTV news network.

“All the passengers were panicking, those sitting at the back and who were unable to wear the masks started bleeding from their mouths and noses.”

An official with India’s national aviation regulator told the Press Trust of India the crew “forgot to select (the) bleed switch” to maintain the aircraft’s cabin pressure.

Five travellers who suffered bleeding and were rushed to a Mumbai hospital were suffering from mild deafness that would take some 10 days to recover, a doctor told reporters.

The incident is the latest in a string of embarrassing incidents for the airline, which like other Indian carriers has been suffering financially.

In January, two Jet Airways pilots were grounded for getting into a brawl and storming out of the cockpit briefly during a New Year’s Day flight from London to Mumbai.

In view of the latest scare, India’s Civil Aviation minister Suresh Prabhu has ordered a safety audit of all airlines and airports, asking the report to be submitted within 30 days.