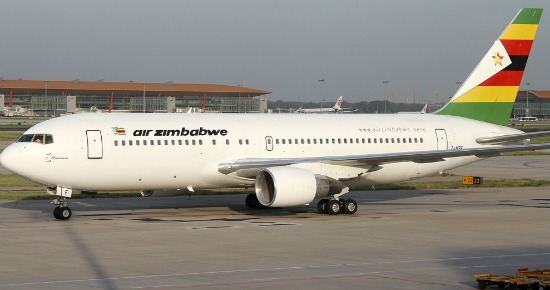 TRANSPORT Obert Mpofu, has said talks are underway with a number of airlines and aircraft manufacturers on the possibility of acquiring additional aircraft and partners for Air Zimbabwe to grow its fleet in the face of growing competition.
Mpofu told The Source that the government has just licenced a local airline Fly Africa, which is currently flying four times a week from Victoria Falls to Johannesburg, after welcoming Fastjet, which plies the Harare-Dar es Salaam route.
He said Air Zimbabwe needed to increase its capacity to deal with competition brought by the new airlines.
“While in China, we were able to discuss with potential partners for Air Zimbabwe and negotiations are continuing,” he said.
Mpofu lauded Chinese support in the Victoria Falls airport upgrade.
The $150 million project will see the construction of a new four kilometre runway and a new terminal building which are 60 percent and 35 complete respectively, he said.
Mpofu said when complete, the new airport would be in a position to attract more and large aircrafts to the resort town.
“This should promote tourism and significant downstream industries. We are therefore extremely happy with our Chinese partnerships in infrastructural development,” he said.
“We still want to see more airlines plying our airports because this is one way to ensure that all our airports are fully utilised and become a source of economic growth.”Advertisement