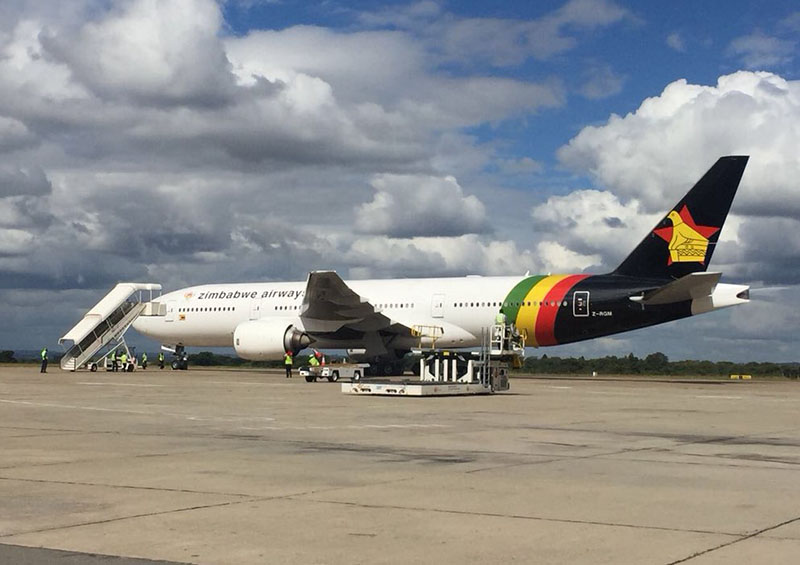 “This is not a new acquisition. Zim Airways acquired four Boeing 777 aircraft and Cabinet has approved the finalisation of the deal so that we can bring them to be part of Air Zimbabwe,” said Matiza

“Cabinet has also approved that outstanding payments be made so that the Embrier planes acquired in the US are brought to Zimbabwe,” Matiza said.

As if this was not enough, the then transport minister allowed the new company to set-up offices at a property owned by his niece Mavis Gumbo.

“We have nothing to say regarding that company (Zim Airways). We are concentrating on Air Zimbabwe,” Matiza told New Zimbabwe.com, without elaborating.

Earlier in the day at the press conference Matiza denied reports two of the aircraft had already been resold.

“It’s not true that some of the planes had been sold. They flew to the US in line with checking their suitability and airworthiness.

“I led a delegation to Malaysia and met officials and we were discussing four planes. In all the documentation we discussed four planes,” he said.

Matiza added government would also conclude a deal for short-haul Embraer aircraft acquired from a US company to service Air Zimbabwe’s domestic routes.

The national airline has been struggling to service it’s routes with most of its fleet grounded.

Finance Minister Mthuli Ncube weighed in, saying; “We are merely regularising the deals.

“We want to strengthen domestic capacity that is why we are regularising the Ambrier deal while the bigger planes from Malaysia will long-haul flights.

“This is consistent with our public enterprises reform policy as espoused in the Transition Stabilisation Program.”

Reform of debt ridden and bleeding parastatals is one of President Emmerson Mnangagwa’s flagship election promises.