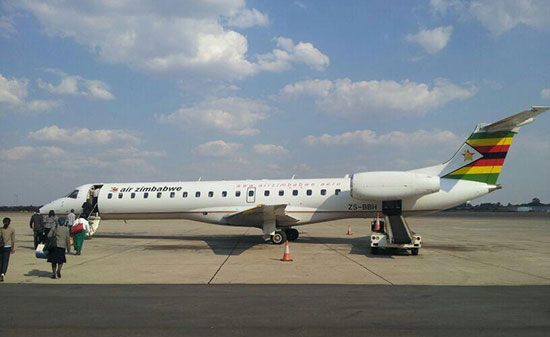 HARARE: Representatives from French-based plane maker, Airbus have held discussions with Zimbabwean government authorities over a possible sale of planes to Air Zimbabwe, Transport Minister Joram Gumbo said on Thursday.
Gumbo told reporters that discussions were still at a level where full disclosure would not be wise.
“Yes, Airbus were here,” Gumbo said at a function to present the airline’s new chief executive, Ripton Muzanda, a former pilot with the airline.
“They are looking to sell their planes. We are courting other manufacturers as we seek a strategic partner which will help us to turnaround the airline. We cannot disclose the progress that we have had now.”
He said procurement of new planes was at the core of ongoing discussions with potential suitors to recapitalise AirZim.
AirZim predominantly operates a fleet of Boeing planes — two 767-200 jets and three 737-200 planes. It also operates two Airbus A320s and has a fleet of three Chinese made MA60s.
Muzenda assumed duties on August 15 after the airline had gone for about three years without a substantive CEO.
Edmund Makona had been the acting CEO since 2013, after former boss, Peter Chikumba left AirZim.
Gumbo said there were still opportunities for Zimbabwe on the domestic market, which the new CEO and the recently appointed AirZim board must work to capture.
“The fact that regional and international airlines are submitting applications to fly into Harare and Victoria Falls while existing players are increasing frequencies is indicative of the existence of viable business models,” said Gumbo.
“It is these models I want the board to research on and bring to my Ministry for implementation.”Advertisement