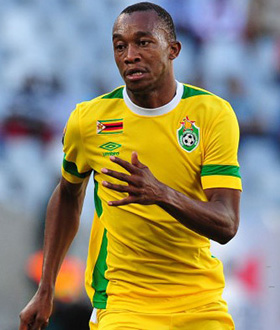 AJAX Cape Town have released their Zimbabwean international Milton Ncube, deciding not to activate the one year option in his contract.
Ncube confirmed this news to KickOff.com, saying that it was probably in his best interest as he believes he has no future at Ikamva, having made just seven starts last season.
“As you know I haven’t been playing much and this move probably comes at the right time,” he says.
“I thank Ajax for the opportunity they afforded me, but it’s time to move on.”
The 29-year-old feels it is important that he finds a new club as soon as possible as he still harbours aspirations of playing for his country once more.
“I lost my place in the national team because of the injuries I had,” he says.
“The lack of game time at Ajax also didn’t help at all, that’s why it’s important to move to a club where I can start playing regular soccer again.”
KickOff.com understands that Ajax intend to ship off Ncube’s compatriot Thomas Chidieu to make sure they stay within their allocated quota of five registered foreign players as required by the league.
This after the Urban Warriors acquired the services of Eric Chipeta and Joaquim Lepeta from Chippa United and Bidvest Wits respectively.
Chipeta and Lupeta, along with Anssi Jaakkola, Lawrence Lartey and Ali Abondo, are the five foreign players currently on Ajax’s books.
Meanwhile, Ajax coach Roger de Sa says he’s been impressed with Chipeta and Lupeta after their first week of training with the Urban Warriors.
“It’s nice to see that they’re good and mature players, and nice, big, strong guys,” De Sa says.
“They are foreigners with the right attitude as they want to be here.
“They made a fantastic effort to come here, so it’s good to have them and I’m sure they are going to add something to the side.”Advertisement