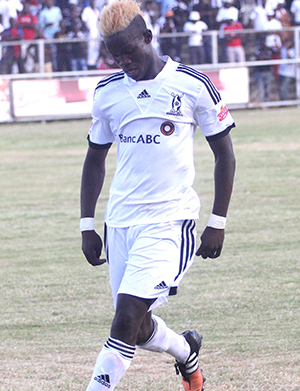 DONE DEAL!
South African Absa Premiership side Ajax Cape Town has confirmed the signing of Highlanders and Zimbabwean striker Thomas Chideu following successful trials at Ikamva.
While the length of the contract was not given, it is understood Chideu, 18, has been given a five-year deal at the club that is owned by former European champions Ajax Amsterdam of Holland.
His move means a door to Europe could be on the cards in future.
Chideu, who spent 12 months in England on a football exchange programme, is currently with the Zimbabwe Under 23 side that is preparing to play South Africa in a Caf Under 23 Championship match at Rufaro Stadium on Sunday.
Urban Warriors CEO Ari Efstathiou confirmed the latest development in a statement on Thursday.
“We welcome both Prince (Nxumalo) and Thomas into the Ajax family,” he said.
“They are both great additions to our squad, I’m sure our Ajax fans will warm up to them very quickly as both players will contribute immensely to our attack force.
“I have no doubt that they will both succeed at Ajax Cape Town.”
Highlanders have already signed Chideu’s former teammate at Prince Edward High School Obey Tafira, nicknamed ‘Adebayor’ on a three year contract.
Chideu only signed a for Highlanders in January on a two-year deal and his move just six months later means a major windfall for Bosso who are struggling to balance their books.
He joins Milton Ncube at Ajax, another former Bosso player.
Chideu has been part of Under 23 coach Kalisto Pasuwa’s Young Warriors squad that qualified for the Africa Games that will be tagged in Congo Brazzaville later this year and also played for the senior national team of locally based players in the Chan match against Comoros.
Earlier in the day, Highlanders chief executive Ndumiso Gumede confirmed that they were in negotiations with Ajax.
“Chideu went away two weeks ago to try his luck with Ajax. It should have been a short period but they extended it and we acceded.
“They (Ajax Cape) Town came back to us and said the young man has potential. We are negotiating and comparing figures,” Gumede said.
And those figures seem to have been arrived at late Thursday after consultations between the Bosso executive and their board of directors with Ajax finally confirming the move.Advertisement

In the past, Ajax have been home to Khama Billiat, now at Mamelodi Sundowns and Willard Katsande, now at Kaizer Chiefs and new Zimbabwe national senior national team captain.