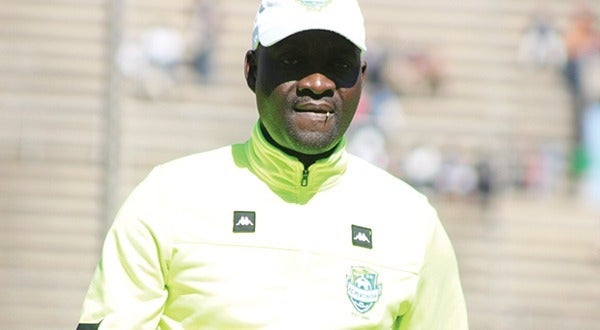 ZIMBABWEAN champions FC Platinum look set to miss out on a place in the quarterfinals of the 2019-2020 CAF Champions League after crashing to their third straight loss in Group B with a 2-0 loss to Egyptian giants Al Ahly at the Al-Salam Stadium in Cairo on Saturday.

FC Platinum went into the clash desperate to secure all three points in order to rescue their campaign following losses to Sundanese side Al Hilal and Etoile du Sahel in their first two matches.

In the end, it was another morale shattering loss for the Lizwe Sweswe-coached side as Walid Soliman bagged two goals to inspire Al Ahly to victory.

The game started at a high tempo, but it was Al Ahly who broke the deadlock just eight minutes into the game through a header from Soliman, off Ali Malloul’s accurate cross.

Soliman continued to be at heart of attack for the Egyptian side and in the 24th minute, his brilliant free kick from the edge of the box was blocked by the FC Platinum goalkeeper Wallace Magalane.

Al Ahly continued to dominate possession but without creating any real threats on goal.

In the 67th minute, the Red Devils were awarded a penalty kick after Ahmed El-Sheikh was brought down inside the box.

Soliman sent the ball home from the spot to complete his brace.

It could have been worse for FC Platinum after Walid Azarou wasted a glorious chance to make it 3-0, as he failed to convert Malloul’s low cross into the empty net.

The loss means FC Platinum remain at the bottom of Group B with no points while Al Ahly moved to second position on six points.

Lizwe Sweswe’s men were beaten 2-1 by Al Hilal in the opening round of matches in Sudan before suffering a disappointing 3-0 loss at the hands of Tunisian side Etoile du Sahel at home.

Meanwhile, FC Platinum will start the second leg fixtures with a date against Al Ahly in Bulawayo on January 11 at Barbourfields.