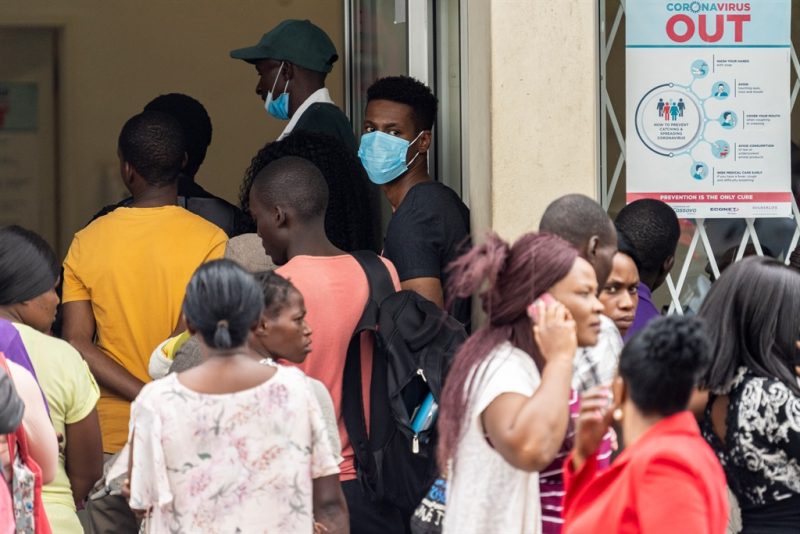 By Costa Nkomo and Leopold Munhende

ZIMBABWE’S Covid-19 statistics could be highly misleading due to the health ministry’s dereliction of duty which has seen some sub-standard test kits finding their way onto the market.

These defective test kits have turned out to have a lowly 20% accuracy rate and are by-passing mandatory quality checks by key medical equipment vetting bodies straight to medical laboratory centres and other testing centres like clinics and hospitals.

Investigations carried out by NewZimbabwe.com over the past week, have revealed that the Medicines Control Authority of Zimbabwe (MCAZ), whose role is to evaluate the quality and effectiveness of all medical equipment before public use, has had its role pushed back by senior health ministry officials.

However, in its investigations, NewZimbabwe.com established a number of test kits being used in the country with brands such as Nantong Diagnos Covid-19 and Covid-19 Antigen Rapid Test Kit have an accuracy rate of only 20% leading to a high percentage of false negative results.

All the above brands are imported from China and are being used at most medical laboratory centres.

In simple terms, out of 10 people tested for Covid-19 using these kits, only two positive results can be detected while the other eight will retain false negative tests although chances will be high that they (persons) may be positive.

It was established Zimbabwe is yet to adhere to high standardisation directives set by the World Health organisation (WHO). The country also does not have a list of approved Covid-19 test kits to be used across the country.

Contacted for comment, the acting MCAZ director-general, Richard Rukwata referred all questions, regarding the effectiveness of Covid-19 test kits being imported into the country, to the Health Ministry.

“Unfortunately, that is not under our purview at the moment, I might have to refer you to the Ministry of Health. We did not play any role in evaluation and validation of Covid-19 equipment,” he said in a brief response.

Meanwhile, the Medical Laboratory Scientists Council of Zimbabwe (MLSCZ), which should be central in the fight against Covid-19 has also had its authority usurped by the Health Ministry and was “not part and parcel of the evaluation exercise.”

“We were not part and parcel of the evaluation or the validation exercise,” MLSCZ registrar Mary Chigora told NewZimbabwe.com.

“Covid-19 is a public health issue which means there is so much urgency which comes with it. The Health Ministry and the National Microbiology Reference Laboratory (NMRL) which happens to be part of the ministry ran with the thing and we would like to believe that they are doing the proper thing.”

Chigora added: “I would like to believe that the kits or the equipment which are being used have been validated at National Microbiology Reference Laboratory for use. Unfortunately, we did not receive the list of the validated kits. We do not have that list as council.”

Efforts by NewZimbabwe.com to get the correct list of accepted Covid-19 test kits approved in Zimbabwe from the Health Ministry were fruitless.

Ministry spokesperson Donald Mujiri failed to avail the list after a week of inquiries, although he continuously promised to send it until the time of publication.

“That one I’m not sure let me get a list and I will advise if there are any defective test kits that the lab has picked. They are still compiling the list,” said Mujiri.

The spokesperson also misrepresented facts claiming that all equipment and all the test kits were being evaluated and approved by the MLSCZ. However, this was disputed by Chigora, the MLSCZ registrar in earlier interview.

Raiva Simbi, the government’ director for Laboratory Services at the Health Ministry, who had earlier promised to respond to NewZimbabwe.com’s questions on behalf of the NMRL, also chickened out of a telephone interview at the 11th hour before switching off all his mobile phones.

However, doctors, who spoke on condition of anonymity, told NewZimbabwe.com confirmed a number of patients who recorded false Covid-19 negative results after being tested at medical laboratory centres, later tested positive on admission to hospital.

One of the doctors confirmed that three patients who recorded negative results last week after being tested at a Harare medical laboratory centre, were later admitted at Parirenyatwa Group of Hospitals after their health deteriorated.

However, further tests carried at the hospital using the PCR revealed the three patients were in fact Covid-19 positive. Unfortunately, one later succumbed to the virus.

“Government has to adhere to laid down policies and quickly respect the role of its labs and other bodies that should be vetting equipment being imported,” said the doctor.

“The fact that these three patients tested negative is worrying as they had obviously been interacting with other people on the understanding they were negative. Unfortunately, they were not and could have infected many out there.

“Managing such cases becomes chaotic if this is not resolved. Some infections and deaths could actually have been avoided.”

This Wednesday’s Covid-19 statistics showed 1 364 people had died after testing Covid-19 positive while 34 864 had contracted the virus since it was first reported in March last year.

A recent spike after the festive season has seen the government placing the country under national lockdown, as part of its efforts curtail the spread of the coronavirus pandemic.