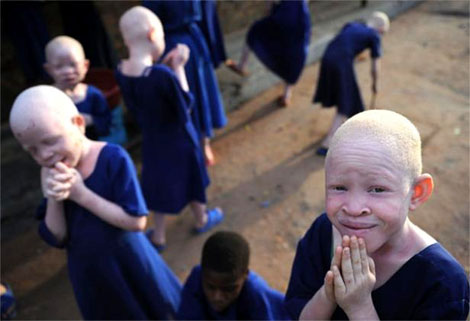 A seven-year-old albino girl in Zambia has had her hand chopped off by unknown people as she was sleeping.

She said the assailants used a machete to chop off the girl’s hand.

“Unknown criminals forced their way through the window into the bedroom where the victim was sleeping with the sister. The assailants forcibly dragged the seven year old outside into the nearby bush,” Katanga said.

The criminals chopped off the girl’s hand when the parents screamed for help, she added.
The girl was immediately taken to a police station and later to hospital.

A manhunt for the assailants has been launched.

Though not common in Zambia, people with albinism are targeted and their body parts used in rituals in several African countries. There is a belief that potions made from their body parts can bring good luck and wealth.