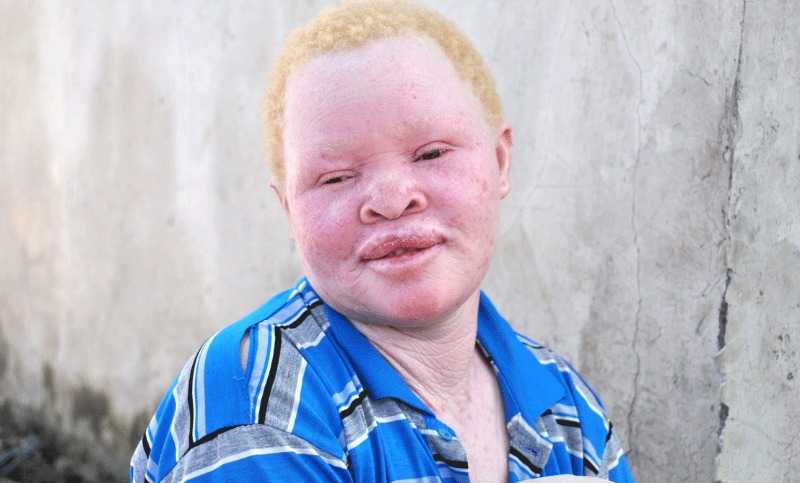 Spread This News
By AFP

Six candidates living with albinism will contest the elections next year, a rights groups has said, defying hostility in Malawi where 21 albinos have been murdered since 2014.

“One of the issues contributing to the violation of our rights is our invisibility,” said the Association of People with Albinism (APAM) which confirmed on Tuesday that six members would contest either parliamentary or council seats.

Albinism is a genetic hereditary disorder that causes a partial or total absence of pigmentation in the skin, the hair and the eyes, so that those affected have a bleached look.

Apart from violence and discrimination, albinos are also exposed to eye problems and a heightened risk of skin cancer.

“In the past, we have never actively participated in political leadership, development activities and even government programmes,” said APAM director Overstone Kondowe.

“So this is one way of breaking out of that eggshell where we will put some of our members in decision-making organs.”

Kondowe suggested the surge of albino candidates was down to the “reluctance of government and other authorities to take action” on attacks targeting the community.

Albino candidates have never before contested Malawian elections in such great numbers, or with central coordination.

Rights group Amnesty International said on Thursday that since November 2014 there have been 148 crimes reported against people with albinism that have claimed at least 21 lives.

“People with albinism deserve to see justice for these vile, hateful crimes against them. That it takes so long for cases to be investigated or heard in court is a sobering indictment of the systematic failures in Malawi’s criminal justice system,” said Deprose Muchena, Amnesty’s southern Africa director.

Just 30% of the 148 attacks against albinos since 2014 have been properly dealt with, according to official statistics, and only one murder and one attempted murder have been successfully prosecuted.

Malawi, one of the world’s poorest and most aid-dependent countries, has experienced a spike in violent attacks on people with albinism since late 2014.

In many cases those with albinism are targeted for their body parts to be used in witchcraft.

Of the 600 cases of violence against albinos in 28 African countries, Malawi accounted for nearly a third.

“As a first step, (Malawi) must ensure all pending cases are dealt with without undue delay, and in line with international standards of fairness,” added Muchena.