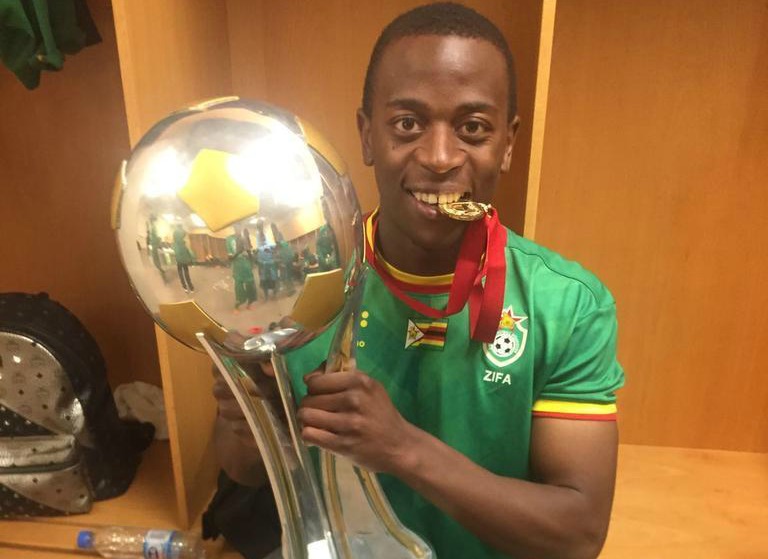 ZIMBABWE Warriors stand-in captain Alec Mudimu has cited his side’s discipline and persistence as the key to their victory over Somalia in the second leg of their FIFA 2022 World Cup preliminary round qualifier at the National Sports Stadium on Tuesday.

However, the victory did not come on a silver platter as for long periods in the match, Zimbabwe struggled to break their lowly ranked opponents’ defence, so much that at some point it looked like the visitors would break their hosts’ hearts.
“You have to be very patient and when you come into a match like that, today we learnt to be very patient. We’ve got the quality and depth and players who are good on the ball and our patience paid off in the end,” an elated Mudimu said after the match.

“It was never easy coming back from Djibouti with a 1-0 deficit so it’s just amazing that we managed to win. I just want to thank God and all the men that fought today, not just the 11 but the full squad, the technical staff and ofcourse the fans that came to support us,” he said.

Heading into the game, the Ocean Stars held the advantage after winning the reverse fixture 1-0 in Djibouti to halt a run of 19 successive defeats and record their first ever victory in World Cup qualification.

France-based midfielder Marshall Munetsi opened the scoring after 77 minutes to level the tie 1-1 to calm the nerves for the hosts but Somalia swayed the match in their favour through Omar Abdullahi Mohamed with just five minutes of normal time to play.

Even when Knox Mutizwa put the Warriors back in front just one minute later, making it 2-2 overall, Somalia were still set to progress on away goals.

But a third Zimbabwe goal in the 91st minute, scored by Khama Billiat broke Somali hearts and sent The Warriors through on aggregate, 3-2.

Mudimu said he was delighted to lead Zimbabwe to the 2022 World Cup qualifiers group stage after being entrusted with the armband in the absence of regular skipper Knowledge Musona.

“It’s an amazing feeling, I thank everyone and God bless everyone,” Mudimu added.

“I thank the fans for always having my back and supporting me. I thank my family and friends and everyone that has been involved, it’s been a long journey,” he added.

The Zimbabwe Warriors along with Guinea-Bissau, Malawi, Djibouti, Sudan, Mozambique, Angola, Togo, Namibia and Rwanda join Equatorial Guinea, Liberia, Tanzania and Lesotho as the 14 teams to make it through the first round of African qualifying for Qatar 2022.

They will join Africa’s top 26 ranked teams in the draw for the second round which will see the 40 teams split into 10 groups of four.

Five places have been reserved for Africa at the 2022 World Cup in Qatar.