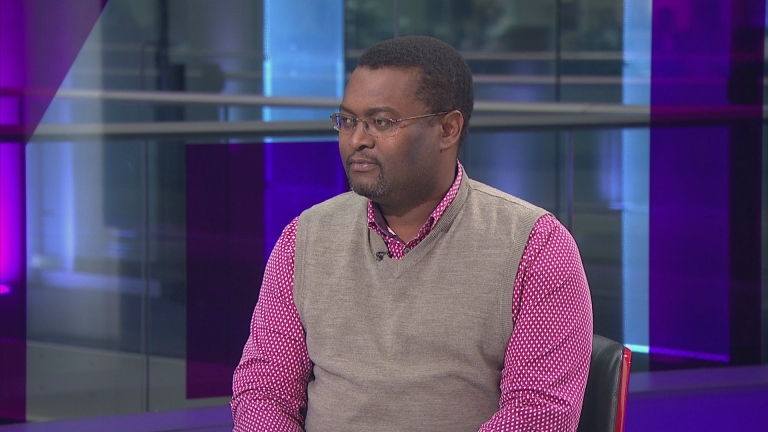 As someone who has learnt a lot from the elders, I thought I should also respect their wisdom. They say in the Shona language, kwawabva siya waoneka which, loosely translates to when you are leaving your community, you should respectfully say goodbye. I am therefore penning this instalment of my weekly BSR, which unfortunately will be my last. Let me also apologise for the past fortnight’s instalments which did not come through. By now you must know why that was the case. I once mentioned in one of my pieces, that the former departed president of the Republic of Zimbabwe had taken a last shot from his grave. I am not trying to imply that this is my last shot. I am however hopeful that I will have my own shot soon and that it will be noticeable by everyone who used to follow my blogs and commentary.

When nature calls, we can only comply

I am now at a place that is peaceful, with no distractions, just calming serenity which I hardly remember to have had while on earth. I am at the land of milk and honey which I am sure to you sounds just proverbial. I am at a place where humanity will eventually end up at, rich or poor, learned or not, rulers and the subjects; a place where everyone becomes equal. No one can escape this destination. Only that no one knows the date and timing of the inevitable journey. No one has the power to choose how to go and when to go.

While I would have wanted to stay on earth a bit longer, it was necessary that I come to this realm. My last days were uncomfortable and I was at peace with crossing over to this realm than continue with the fight. These experiences are always difficult, and it was difficult for me and my family. We believed that I could make it. But it was not meant to be. I thought I still had tonnes of missions to accomplish; but it was just time up. There is nothing I could do about it. Even science, the diligent expertise of the carers and physicians, the financial resources, prayers and supplications could not stop the journey to this realm. It was just time to comply with the rules of departure.

What about the BSR?

It is my hope that the BSRs I have penned over the past couple of years can keep on generating discourse in the political, social and legal spheres of my beloved country. That is the little I could do with the slot I was given on this earth especially for a country which gave me meaning and identity. The village I grew up in, the schools I traversed and the colleges I passed through made me the man who I was. I made a lot of friends, enemies and what some of the young ones now refer to as frenemies. I have assisted a few and I have also been assisted by a lot.

This journey of life is complicated. I have disappointed a lot of people, just as I have impressed and pleased others. I have let down others just as I have been let down. However, as I breathed my last, I did so with a clear conscience. I encourage you as well to move on from any conflict and acrimony we might have cultivated in my mortal life. I encourage you to move on.

You should also move on from the fact that there will be no BSR every Saturday. You should move on from not getting social and political commentary from my favourite platform Twitter where I engaged with almost half a million followers at home and abroad. There are many more capable Zimbabweans than I am. I was just fortunate to have come before them. Sooner or later, they will occupy the space that I had in my mortal life.

Do I have any regrets?

I only have one regret; that I have not been able to see my motherland functioning under robust constitutionalism. The biggest regret being that this was being done deliberately. In some cases, the same people who assisted in drafting the constitution being zealous enablers. This is by far my biggest regret. I do not have a mantle to pass. I however encourage all of you to keep fighting for constitutionalism, for I am sure that the thriving of our democracy and everything that follows depend on it.

The future of democracy and constitutionalism in Zimbabwe

As I have done with all the previous BSRs, I have given some caution when I can, and I will do the same with this piece. The democratic road ahead is going to be bumpy in a way that you cannot imagine today. The constitution will continue to be threatened with mutilation. Rights will continue to be threatened in absolute and deceitful means. At the same time, some will sell out our democratic principles. I have no doubt that some are selling out already. Some will simply get tired and go for what is expedient, being indifferent to the attack on democracy. Others will be blackmailed and will be made to attack democracy.

By the time we get to the first anniversary of my departure you will have seen and experienced a lot, most of it unimaginable today. What is important is to mobilise a mass that is proofed against selling out. The democratic project does not have that mass at the moment. The mass exists outside the democratic project and is indifferent or will be forced to indifference with the slightest force of resistance. All hope is not lost though. All I am saying is there is need to up the tempo and get the citizens to be conscious of what is surrounding them. They are the beneficiaries of the democratic project and it takes only them to invest in it if they are to get any dividends.

You might know already that I am a Simon ‘Chopper’ Chimbetu fan. If I were to give you a parting short in musical terms it would have been one of his songs on his long discography. However, I will do it differently this time. I penned a song for a young man who came to this realm before me. And I will sign off this with a song from him with lyrics which go thus – kana ndafa, ndaenda muguva, ndoda kuti muzoziva, zvimwe zvamaiudzwa, aive manyepo, apo ndivo futi vatumira mamhepo which can be loosely translated as When I die, and I am interred in the grave, you should all know that most of the things you have been told about me are lies and those who are telling you are the source of all the problems I went through while I was living.

You can interpret this in your own way. There will be many who will claim to know what I have done, said or intended to do more than what was. However, I would like to be remembered as someone who chose to pick a side in a democratic space where it would ordinarily be convenient to appear neutral. I understand why many colleagues appear to be neutral. Picking a side comes at a cost. Oftentimes the cost is personal, that you have to bear on your own, with your close relatives.

However, In a democratic space such as ours, I suspect that even becoming neutral comes at a cost. That is why I chose to pick a side. For me, picking a side was not enough. I also had to advance the interest of the side I picked in a manner that was frank and honest. Some have chosen to be neutral, and they have in the process confused those who look up to them.

Some have been chosen to provide Solomonic wisdom to the incumbent. Some of them have been entrapped in the process and are no longer Pastors at institutions they used lead. Some have since resigned as they have now had their Damascene moment on what they had already been forewarned before they joined the laundering exercise which was only meant to present deceitful optics to the world. Some have turned from advisors to accomplices.

It pains me that this is my last piece. I pray that you will be able to continue having discourse on our democracy and constitutionalism till we meet again. All I can say is ndakafamba zvakanaka, nyika yandiri ndigere hangu zvakanaka; constitution ne democracy chengetai. (I travelled well, and I have settled well on this side out of the realm. You should maintain the principles of our constitution and our democracy). I will miss you all.

PS: Please pass on my suggestion to the people I mentioned in the last paragraph of my last article.