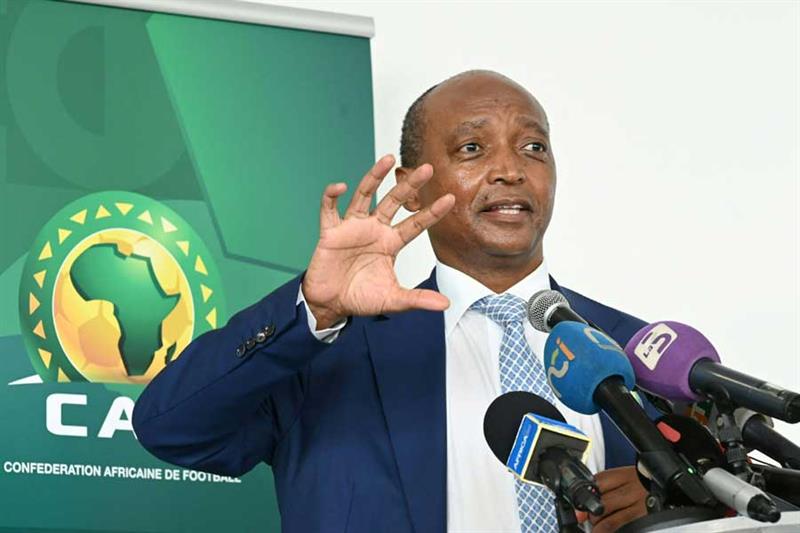 ALGERIA’S football boss, Zefizef Djahid said Saturday his country will bid to stage the 2025 Africa Cup of Nations (AFCON) after original choice Guinea were stripped of the hosting rights.

Speaking during the African Nations Championship (CHAN) draw ceremony at an Algiers opera house, he announced that “Algeria will be candidates to host the 2025 AFCON”.

On Saturday, Confederation of African Football (CAF) president, Patrice Motsepe said Guinea would not host the 2025 edition because they were “not ready to do so”.

The west African country, one of the poorest in the continent, has currently only one international-standard stadium, and Cup of Nations
require six.

Launched in 1957 in Sudan as a three-country event, the Cup of Nations has gradually increased to 24 teams from the 2019 finals in Egypt.

Talking at a press conference in the Algerian capital ahead of the CHAN draw, South African billionaire Motsepe said “about 10 countries” are interested in replacing Guinea.

“What I can assure you is that we are not going to choose a country that is not at an adequate level to meet our quality standards.”

Motsepe did not name the potential bidders, but AFP understands former hosts Morocco, Nigeria and Senegal could be among the interested countries.

“No country favoured. I can assure you that there is no country in Africa that is going to be favoured,” stressed Motsepe, seemingly referring to criticism that is he pro-Morocco.

The CAF boss recently told AFP that “the only reason Morocco has been hosting CAF competitions is because they are the only country prepared to do so.

“Our bidding process is open to all 54 member nations and sometimes we stretch the deadline to encourage multiple candidates, but only Morocco deliver a formal bid.”

Morocco boasts world-class facilities and infrastructure and recently staged a hugely successful Africa Women’s Cup of Nations, with 40,000-plus crowds attending some matches.

Later this year the kingdom will host the eight-club CAF Women’s Champions League and, next year, the men’s qualifying tournament for the 2024 Paris Olympic Games.

A Moroccan official reportedly said his country “would consider” a bid to stage the premier African football tournament for the first time since 1988.

Nigeria staged and won the Cup of Nations in 1980 and finished runners-up when they co-hosted the 2000 edition with Ghana.

Algeria were another country to host and win the Cup of Nations, defeating Nigeria in the 1990 final.

Senegal were the 1992 hosts while Cameroon hosted the last Cup of Nations this year and the Ivory Coast are next in line with the finals set for January and February 2024.