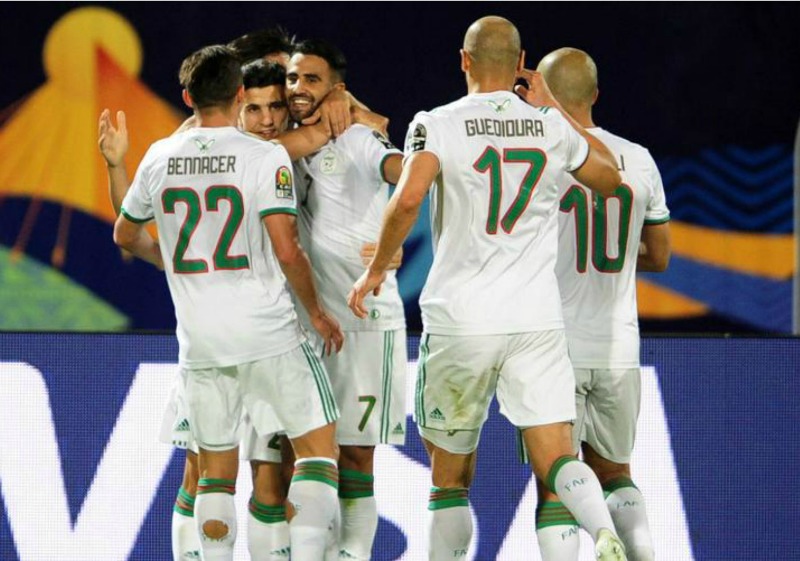 Algeria were crowned African champions with a 1-0 win over Senegal in the Africa Cup of Nations final on Friday.

Salif Sane replaced the suspended Kalidou Koulibaly with Ismaila Sarri in for Krepin Diatta as Senegal’s only changes from the extra-time win over Tunisia, while Algeria were unchanged from the victory over Nigeria.

Two minutes was all it took for the opener as Baghdad Bounedjah’s shot deflected off Sane and sailed over the head of Alfred Gomis- sending the Algerians in to ecstasy.

Immediately after, Senegal struggled to adapt with little space coming from the Algerians who remained within their defensive parameters.

Sadio Mane looked to overturn their situation, whilst M’Baye Niang fired narrowly over the top on 38 minutes with a powerful strike.

No changes appeared during halftime, with the Senegalese opting for the same eleven despite trailing the North Africans. The Algerians looked promising on the break early on, with Senegal subjected to thorough tackling from their counterparts.

The first change of the evening arrived 58 minutes in on the Senegalese end, with Badou N’diaye sacrificed for Diatta.

Moments later, Senegal were given a penalty when Adlene Guedioura appeared to have handled inside the area. However, the set-play was overturned after the referee consulted with the Video Assistant Referee.

Rais M’Bolhi frustrated the Teranga Lions even further with a terrific save from Henri Saivet’s long-range drive on 68 minutes.

The Algerians threatened a second in the final quarter, but were unable to outmuscle the Senegalese defence, which saw Yacine Brahimi came on for Youcef Belaili in the attacking third for the final seven minutes.

The switch proved immaterial, as the Desert Foxes held on for their second Africa Cup of Nations title and first since 1990.