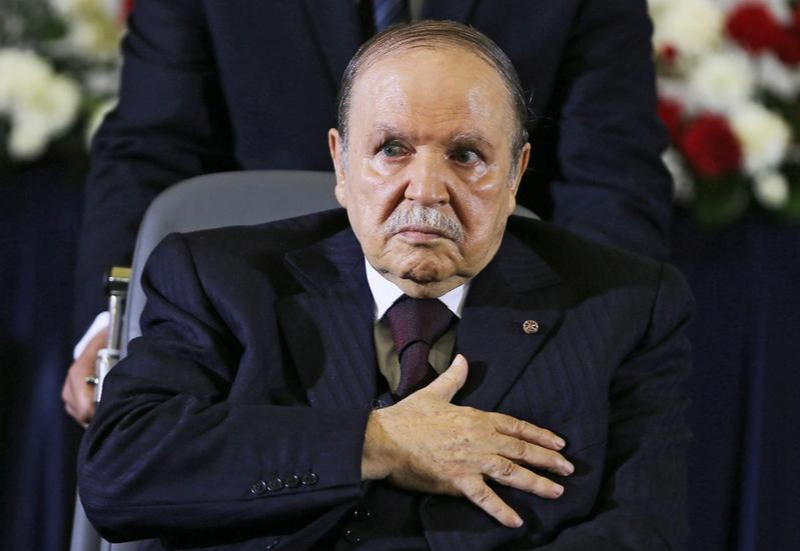 Algerians woke to a new and uncertain era, after the departure of a man who had ruled Algeria for 20 years and had been a fixture in the Arab world’s political landscape for decades.

A discreet, 77-year-old Bouteflika ally — the upper house of parliament’s president, Abdelkader Bensalah — is expected to take over as interim leader while Algeria plans presidential elections. But that might further anger the protesters who drove Bouteflika from power, and who want to overhaul a political elite seen as secretive and corrupt.

“Our session today is related to establishing the vacancy of the post of president of the republic, following the resignation of Mr. Abdelaziz Bouteflika yesterday,” said Constitutional Council president Tayeb Belaiz as he opened Wednesday’s meeting of the 12-member body.

A much-diminished Bouteflika, 82, appeared on images shown on national television Tuesday night handing his resignation letter to Constitutional Council president Tayeb Belaiz. Bouteflika, who hasn’t spoken publicly to the nation since a 2013 stroke, appeared pale and weak and wore a traditional robe instead of his habitual suits.

Algerian protesters who drove Bouteflika out celebrated his departure with songs and flag-waving in the capital Tuesday night — but it might not be enough to satisfy their demands for an overhaul of the political elite, seen as corrupt and secretive.

Algeria’s Constitution says that when a president dies or resigns, the Constitutional Council confirms the leader’s absence and both houses of parliament convene. The president of the upper house is named as interim leader for 90 days while a presidential election is organized.

The upper house has been led for the past 17 years by Bensalah, a one-time journalist and former ambassador who has held senior political positions for the past 25 years but has kept a low profile, rarely giving interviews or appearing at public events.

He’s known as a politician who works behind the scenes to strike compromises and solve problems, and who avoids controversial debates — and is very much part of the political elite.

Demonstrators worry that those who would play a role in the political transition are too close to the distrusted power structure, including Prime Minister Noureddine Bedoui, accused of contributing to fraud in the last presidential election in 2014 and cracking down on past protests.

New protests are already planned for Friday, after six straight Fridays of mass, peaceful gatherings that surprised the entrenched leadership by their strength and persistence.

However, the protest movement doesn’t have a single, unifying alternative to the current political system.

Another question is what the influential military and Bouteflika’s entourage will do next. Military chief of staff Ahmed Gaid Salah appeared to trigger Bouteflika’s departure by pushing to get him declared unfit for office.

Countries around the world are watching Algeria’s political crisis, wondering whether a transfer of power could impact gas and oil deliveries to Europe, Cuba and around Africa — or crucial security cooperation with Europe and the U.S.

Kremlin spokesman Dmitry Peskov warned against foreign interference in Algerian politics and said Wednesday that “we hope the internal processes in that country … will by no means affect the friendly nature of our relations.” Algeria’s foreign minister recently visited Russia, and the countries have been economic and geopolitical allies since the Soviet era.

French Foreign Minister Jean-Yves Le Drian expressed hope that Algerians would “pursue this democratic transition in the same spirit of calm and responsibility” that has marked the protests that drove Bouteflika from office. France, Algeria’s former colonial ruler and a key trading partner, had come under fire for seeming to support Bouteflika earlier in the movement.

The U.S. State Department, which has expressed support for the peaceful protests, said it’s now up to Algerians to decide the next steps. Since fighting an Islamist insurgency in the 1990s, Algeria has cooperated closely with the U.S. and Europe against terrorism.

Sarah Abdel-Jaleel, a spokeswoman for the Sudanese Professionals Association, told The Associated Press on Wednesday that Bouteflika’s resignation shows the “success of peaceful resistance within Africa.” She says it “definitely gives us all hope and reassurance that we must continue.”